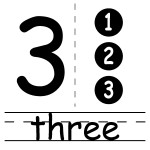 Eve e-mailed me from a dating site with a beautiful picture and a one line description of herself.   I replied back and let her know that I thought she was cute and asked exactly what she was looking for.  She again wrote back with a one line answer.  I decided that although she was cute, I needed someone that would talk more.  I wrote her back and let her know that I was afraid that she wouldn’t work out and that I appreciated her at least contacting me.   She wrote back apologizing and let me know she was in an open relationship and was simply looking for another girl to talk with.   At that point, I let her know that we probably wouldn’t be more than text buddies because I am not looking to have any experiences without my husband.  In fact, in one night of e-mails, I told her twice that we probably wouldn’t go beyond being text buddies.  We both agreed that being text buddies could be fun so we exchanged numbers.

The next day, I texted her, and within the first few texts I made the gross assumption that she was boring.  I talk a lot on text so I understand that people have to read between the lines and choose certain words to get an idea across to the receiver. I wasn’t used to her one liners and lack of exclamation marks, so for me, she came across as emotionless and unenthused to talk to me.  I came very close to losing interest in her because of this misunderstanding.  The good thing was, she was actually normal.  Maybe because of all the previous “characters” I had dealt with, I just wasn’t expecting to talk with someone who didn’t give me any real reasons to quit talking.

Prior to sending more photos I told her that I would need to do a voice confirmation to make sure I wasn’t dealing with another “Pat The Squirter.” When I called her that night, we spoke casually.  She seemed to be a better communicator when she was face-to-face with someone, or rather voice-to-voice.  Although she sounded extremely sexy, I still joked a lot about us being strictly text buddies.  I wanted her to understand that if she was serious about not wanting to be with a couple, then she and I could only be friends, which was fine with me. She came off as a sweet person and I would definitely be okay with being her friend.

After we hung up, I was feeling a bit more frisky and sent her a panty shot with my hand beneath crotch. She immediately called back.  I assume to ensure I meant to send her the picture.  I said I did, of course. She was very easygoing, which was a good indicator as to how good we would get along as friends. I mean, I’m not the best breeze-shooter in the world, but if someone can find the right cues to keep me talking and hold a conversation with me (and vice-versa), then all the better.  This is one factor I would consider in deeming a person as someone I like being around.  As we talked, we realized we lived very close to each other, which at the time I wasn’t sure was good or bad. Her phone call to me was apparently her own double confirmation because after the second phone call, she sent me a few nude pictures of herself.  That night we went back and forth talking and sending racy pictures to each other via text.

I replied back, “I’m waiting.”

A few minutes later, her car was pulling up our driveway.  This was the first time she’d been to our house, so as she pulled up, Ryan went inside to get a plate for the BBQ.  He wanted to give us a bit of privacy.  At the time, Ryan was still an outsider and the “kiss” talk was more of text buddies crossing the line.  When I saw her, I hugged her and gave her a kiss on the cheek.  “How are you?” I asked. She said she was fine. I said, “Turn around and let me look at you.  Oh yea, this is the same butt in the selfies you sent me.”  Looking back on that, it was more aggressive than I usually was am and definitely out of my personality. I’m glad I did it though. Because if there’s one thing I learned about getting back into the “dating” scene, pussy doesn’t just fall into your lap. I have to make moves.  We talked outside for about an hour that night getting to know each other. When it was time for her to leave, she asked for a hug, but also asked Ryan to look away. It was an unusual request, especially because I know Ryan doesn’t get off on seeing me hug a female. I do that all the time. Perhaps she didn’t realize that we’ve been married a long time and that he doesn’t react to a friendly hug the way a virgin boy might.  Either way, Ryan gave us a moment of privacy.   When Ryan came back, I immediately hugged her again with him looking.

The following week, she and I continued to text, talking mainly about me wanting her to be my first kiss. I invited her over again.  And being the planner and thinker I am, I let her know that I liked her and was looking forward to eventually kissing her.