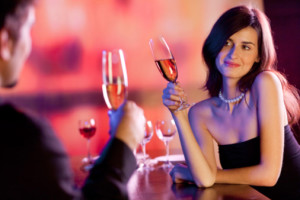 Okay so for reference, I’m a 22 year old female who has been dating one 25 year old man for four years now. We’re happy, he knows I’m poly, it’s been on the table for about 3 years now. Right now it’s a long distance relationship, although it hasn’t always been. I’m having no problems with him. The issue I’m having is that for the first time since then, someone is interested in me and I think I royally messed up the order of things.

Friday night I went by myself to a local dance hall/club to check it. I considered that maybe I might be able to hook up with someone but I wasn’t really looking for anyone to actually date. Long story short, I ended up bringing a guy back home with me. Since I was expecting a one night stand and was also kind of frazzled that anyone had found me attractive enough to go home with, I didn’t bring up that I was poly. I really wasn’t expecting to ever see him again after I drove him back to his car the next day, but I underestimated my charm apparently because he definitely wants to see me again. He asked ME for my number and said he wants to meet up with me next week at the club again.

I have seen advice from other Poly people that I should always be open with someone I meet about being poly before anything sexual happens between us.   While we didn’t have sex, we did have sexual contact. He never asked if I was seeing someone and trust me when I say that if he had, I would have been honest about it.  But I just never felt that there was an appropriate time to bring it up. It was also loud and it would have probably been a complicated conversation to have in a club. I feel like a jerk about it now, but I just really didn’t think I would have to deal with this! poly first date rules

This new guy is older than my boyfriend, and is also getting a doctorate in some field of psychology. He didn’t seem to have a problem with the other weird things I revealed about myself, so I think it’s safe to assume he won’t be too shocked when I tell him I am poly.  He may be upset I didn’t tell him the first night we had sexual contact though. poly first date rules

My personal friends don’t have any experience with this sort of stuff, so I’m coming to you guys for help with this. I want to tell him before we meet again. I know that keeping it from him any longer is a really bad idea, I think. I feel like I got thrown in the deep end with this and I’m really inexperienced. My initial idea was to text him and ask to meet for coffee because I had to talk to him about something.  However, I could also just text him so that if it ends up that he doesn’t want to hang out with me anymore, neither of us have to deal with being face to face with each other. Texting feels too impersonal. Do you guys have any ideas or suggestions for me? Did I mess up by having sexual contact with him without letting him know I was poly? Should I tell him before we meet again, and do I really have to tell him? poly first date rules poly first date rules

*As a group we decided to each take the question and answer it on our own, without seeing the others’ responses

Gunnar’s Response:
As a man who has multiple girlfriends my fear is always “will I be accepted”. This also seems to be in the back of your mind. Society today is more progressive but there are still some who are negative towards poly or multiple partners. I am glad that you want to air this out, although you didn’t mention what was discussed fully between each other outside of “weird things about yourself”. Was sexual history discussed? Besides what positions you like ;). What about his current status? My concerns always hinge on those two points since it establishes a baseline. It also leads to other conversations like that you are poly.

With that said, I am curious on what your other partner is aware of. Do you have any set rules or boundaries? Do you communicate everything that happens in your lives including lovers or potential dates? With having long distance relationships (I am in two right now) communication is so much more important than being local. Not having the physical contact and regular interaction makes it hard to ensure you are on the same page. Trust me, it is very easy to fall into this trap and end up having long conversations after the fact.

With the assumptions that I have, advising your new interest on your status is very important. Not all men like to share. However, not all men care either. It could end up being just another night that ends in sex and that is it. Either way it seems that you had fun and if it happens again, you wouldn’t argue. You also don’t seem to be looking for something more with this new guy. As to when to tell him, I’d suggest doing it with texts (if you are texting). I do most of my base questions through texting, so that is not as bad as you think. Either in person or over text works, more on what you are comfortable with. It’s not like you are dumping the guy. You are simply setting expectations and ensuring no assumptions are being made going forward.

Communication is key to any relationship. Friends, family and relationships. It is how all relationships work, and without it, they will ultimately fail. Myself having multiple girls I ensure that they are all aware of each other. Based on the relationship they are informed as needed. My wives (married and poly wife) are always informed about my dates along with expectations (sex is always on the table). Again, these are the rules I have set with everyone and there is no hard or fast rule in the lifestyle.  Just be honest to yourself and your partners and things will work out.

Krystalla’s Response:
Yes, you need to tell him, and if it were me, I would do it before you see him again. It’s easy to get caught up in hormones and everything while in the situation, then processing everything after can make you think “what did I do?” Don’t beat yourself up about that, take it as a learning experience. It happened and you didn’t go beyond your own boundaries (right? if you did, then that’s a whole other processing point), so before going further you need to tell this guy.

Personally I would text him the basics, that you’re non-monogamous, and then if he’s fine with it, go into more details about your poly long distance relationship and stance on things when you meet again. Also, you should probably clarify if he’s single or not. I am also assuming that you’ve discussed what had transpired with your current partner, and your thoughts going forward with this other guy…? Honesty and open communication are of utmost importance in a successful relationship, and are even more important when you’re dealing with dating more than one.

Lexxi’s Response:
I think that it is important to open up with him and discuss. Use your first partner as a sounding board also, let him in on your dilemma, that way you have someone by your side, so to speak.

Don’t wait too long. It only makes things harder, not to mention, it will hurt not just you, but both other men as well. No one likes to be kept a secret, and by not being upfront with the new potential person, you would be doing just that.

How to go about it? I am not sure how much you discussed after leaving the club the last time, but perhaps it wouldn’t be a bad thing to suggest to meet up for general conversation over coffee. I agree that the club setting is not the best place to have important conversations of any kind, and you may want to get to know him better if the conversation about poly works out for you. Coffee shop would be more conducive for those types of conversations. May I suggest you simply say, in your text, that you would like to have a chance to chat in a neutral setting that isn’t too loud before meeting again, that is, if he asks why.

Bob’s Response:
First off, I’m assuming your current boyfriend knows about your activities… and that you are looking for play partner and that you have some kind of protocol to communicate what the two of you need/want to discuss. To me that is the important part of this; communication (however you are comfortable with) between established poly partners is the key.  As for this new guy, to me I say don’t sweat it, poly is a controversial issue and not everyone understands it. At this point in the relationship, aka a booty call, it’s not the kind of information that needs to be shared. Now that is me, the emotionless swinger. Since you are asking this question I’m assuming that the fact that it’s bothering you, you need to add this in your conversation protocol to any potential play partner. So in the future, I say bring it into the conversation, if nothing else, just to make you feel like you are honoring your poly guidelines. Now for your current and situation, are you interested in this guy? That is the question. If you are, and considering the reaction you are having, I would say bring it up in conversation. As for how…well I can’t really tell you which one is better. It all depends on you and your communication style. If it was me I would do it during the next date (I’m assuming that there will be one). Be honest and matter of fact. This is who you are. If he has issue, that’s his problem…walk away. If not, well girl have some fun. poly first date rules

2 thoughts on “The Quad Q&A: When Do I Tell A New Prospect I Am Poly?”