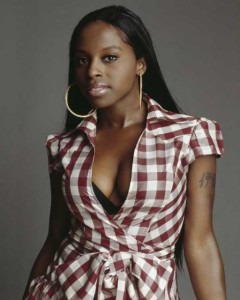 Venice: A few months ago I spoke with a very attractive black woman, that for the stories sake, I will call her Foxy Brown. After some light conversation, we ended up talking about the different things we were interested in. One being, our sexuality. I am openly bisexual so I do not keep this a secret from anyone. If it makes another girl uncomfortable that I am very interested in women, I can’t really concern myself with making everyone else happy except me. I informed Foxy that my husband and I have hooked up with various girls we were both interested in. At the time, she was in a relationship as well and also allowed other women in her bedroom. This is usually how it goes when you meet another bisexual woman. We both weren’t interested in hooking up with another couple; however, we were on the market for a sexy single lady looking to play in our bedrooms. We traded a few sexy stories and pictures and learned a little bit about each other. After a few days, we both kind of stopping reaching out to the other and lost contact.

A few months later, I get a text message from a number that I am was not familiar with. I responded back that I was unsure who was texting me. She replied with a selfie. As soon as I saw the photo, I remembered who she was. I let her know she looked gorgeous and asked how she was doing. She didn’t hesitate to let me know that her and her boyfriend were no longer together and that I had been on her mind since the last time we spoke. I knew what this meant.

I informed her that she would need to submit an application with her STD results, a photo of her breasts, vagina, and face, and we will go through all the other sexy single applicants applying for a position in our bedroom and possibly give her a call back. Okay, I didn’t do that at all. I immediately responded and let her know that she should come over and hang out. This was probably the least flaky woman I have dealt with, because we literally made plans for that same night.

Ryan: When Venice told me she met another girl and showed me the photos I was a bit uncertain. I have really only been attracted to Asian women or very dark brunettes. Of course, that is just a preference. I find women in general beautiful, but I have always been extremely picky about who I have hooked up with. My friends in high school used to tell me that my standards were too high. I didn’t care, if I wasn’t interested in a girl, I just wasn’t interested. I knew I didn’t want to be intimate or share an experience if I was only halfway into it. Truthfully, until I met Venice, I felt that way about most of the girls I dated.

With that being said, Foxy looked extremely attractive. Her skin was smooth and dark. She had a young college face, very full lips, and what looked to be extremely large breasts. The best thing about the photos I saw, none of them were trashy. Every photo she was nicely dressed. I can respect that. Growing up, I did have a small thing for the rapper Foxy Brown, and since she really resembled her, I let Venice know she could go forward with her plans. Her response: “Yay!”