As I lay in bed with Venice, our daughter crawls in bed next to us and tries to cuddle up.  I look down and push her face away and say, “She was my mom first.”

Our daughter makes a sad face and Venice grabs her and says, “Don’t be mean Ryan, you know she was our little preemie.”  Our daughter was born at 6 months and has been called a preemie now for 3 years.

I pushed my daughter’s face away again and looked at Venice in baby talk, “I’m your first baby.”

Venice looked back down at me and said, “Oh sweetie, you will always be my first preemie.” 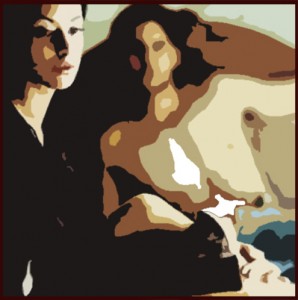 Mark from the internet:

Hi Mark. Thank you for your question. Do you and your partner engage in any kind of foreplay? Because I noticed that you said “We usually start with the 69 then go on to have sex.” To me, that sounds like you are both stuck in a sexual routine.

First off, I applaud your desire to please her during sex. Since you said you ejaculate too early, it is obviously pleasing to you. But now you want her to enjoy it with you. I suggest changing your routine and regular methods, positions, locations – basically anything that is out of the ordinary for you. It’s not just about the orgasm for a woman. You have to take in many factors when being intimate with a woman. Begin by showering her with compliments about her body, how much you appreciate her, how you’ve thought about her all day, how you miss her smell. All these things build up an anticipation in both you and her. She will realize that it’s not just the sex that you want from her. Fuck in different places in the house. Get frisky in public (please don’t get arrested). Anything that can spice up your sex life.

Also remember that foreplay doesn’t necessarily mean the five minutes before you penetrate her. I like for Ryan to grab my ass in the middle of the store while I grope his dick. I smell his neck and kiss his ear during dinner. He squeezes my tits…well, pretty much whenever he can! And I love it! It shows me that he loves me, he’s turned on by me, and he’s ready to fuck me.

As for making her climax earlier, change your routine, as I suggested earlier. Change the actual physical contact (lick her feet and work your way up, or lick her everywhere except her tits and pussy). Use toys, massage her, build up her anticipation. Her mind is already thinking “we’re going to 69, then fuck.” Give her the unknown, the excitement of not knowing what you have planned for her.

I commend you for taking the steps in the right direction, which is to make sure she enjoys sex with you. Because if she’s bored or just not excited, she may find other ways to get excited.

How does that help you?  It doesn’t really.  I got carried away.

As far as helping her enjoy sex more?  It’s a mental issue.  If she is open minded she can find a lot of reasons to love and enjoy sex.  If she sees sex as something she does at night to make you happy, and every now and then she can orgasm too, it may not be such an easy task.  Not only that, you have to find out what makes her tick.  Talk to her and find out what she likes, what turns her on, what she enjoys the most about your foreplay.  Although above was more of my own personal story, there is a lot of things you can snatch out of that story and try for yourself.

When deciding the appropriate treatment, it is important for physician to distinguish PE as a “complaint” versus PE as a “syndrome”.  About 20 years ago, PE was classified into “lifelong PE” and “acquired PE”. Recently, a new classification of PE was proposed based on controlled clinical and epidemiological stopwatch studies, and it included 2 other PE syndromes: “natural variable PE” and “premature-like ejaculatory dysfunction”. Only individuals with lifelong PE with IELT <1 to 1.5 minutes should require medication as a first option, along with or without therapy. For those who fall into one of the other categories, treatment should consist of patient reassurance, behavior therapy, and/or psychoeducation to explain irregular early ejaculation is a normal variation.

Dapoxetine (Priligy) is a short-acting selective serotonin reuptake inhibitor (SSRI) marketed for the treatment of premature ejaculation. Dapoxetine is the only drug with regulatory approval for such an indication. Currently, it is approved in several European countries, including Finland, Sweden, Portugal, Austria and Germany. Dapoxetine is currently waiting for U.S. Food and Drug Administration (FDA) approval after concluding the Phase III study, which included participants from 25 other countries, including the United States. In this diverse population, dapoxetine significantly improved all aspects of PE and was generally well tolerated.

Tramadol (Ultram or Tramal) is an FDA approved atypical oral analgesic for mild pain. It is atypical because it is similar to an opioid, is an agonist at the mu receptor, but also is similar to an anti-depressant in that it increases levels of serotonin and norepinephrine.  Tramadol also has few side effects, low abuse potential, and increases (IELT) 4-20 fold in greater than 90% of men.

Clomipramine (Anafranil) is sometimes prescribed to treat PE. One side effect of the drug can help delay ejaculatory response. The side effect is described by the Mayo Clinic as “Increased [sic] sexual ability, desire, drive, or performance.”

Desensitizing topical medications that are applied to the tip and shaft of the penis can also be used to treat premature ejaculation. These topical medications are applied on an “as needed” basis 10-15 minutes before anticipated sexual activity and have fewer potential systemic side effects as compared to pills taken orally. However, use of these topical medications have in the past been associated with loss of penile sensation, and reduction of sensation for the partner due to exposure.  Penis insensitivity and transference to the partner are greatly reduced when using new topical anesthetic sprays based on absorption technology which enable the active ingredient to penetrate through the through the surface skin of the penis(ie stratum corneum) to the sensory nerves which reside in the dermis. Any residual surface medication can be wiped off before sexual activity to further reduce partner concerns.

Another method, intracavernous pharmacotherapy, involves injecting a vasodilator drug directly into the penis to help men control premature ejaculation and maintain their erection. It has been proven to be effective in over seventy percent of test patients.[citation needed] This method is used by companies such as Florida Men’s Medical Clinic, Boston Medical Group and others. 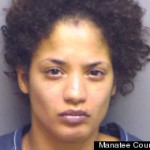 Although her boyfriend came at the wrong time, the cops came not a moment too soon.

Racquel Gonzalez, 24, has been arrested for allegedly assaulting her boyfriend, 30-year-old Esric Davis, when he had an orgasm and she did not, according to a police report obtained by the Smoking Gun.

This is a case of premature ejaculation gone astray.

The Manatee County, Florida couple were having sex on Monday afternoon, Davis told deputies, and after he climaxed too soon, Gonzalez immediately got angry and started scratching and hitting him.

The police report states that Davis had scratches near his eye and nose. Davis also told investigators that Gonzalez has issues from her past and “goes off” on him frequently.

Gonzalez, who the report states was uncooperative and belligerent during her arrest, was charged with felony domestic battery.

Florida seems to be a hot spot for sex related mishaps this year. In September, a woman was arrested near Port Charlotte after pulling a gun on a man while they were having sex in a moving car.

Earlier that same month, a couple in Zephyrhills wound up in the slammer after their menage a trois gone wrong ended in gunfire, police Tasing, and a SWAT team surrounding the house. 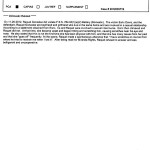