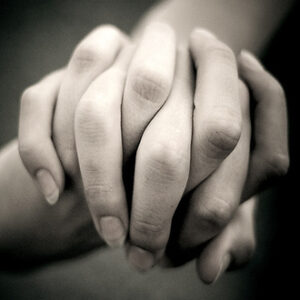 So Venice and I were walking around a home improvement store when I saw an old friend I hadn’t seen in a while. I looked over to him and called out his name.  He smiled and walked over and asked how I was doing.   We talked for a few minutes and caught up with each other’s current events. My friend is a bit of a talker so I wanted to end the conversation without being rude.  I held up my hand above my head, as if to say “I’ll talk to you later, give me five.”  However, I do not give “fives” where I come from.  I give “daps.”  Usually the other person responds by leaving his hand low so we can basically clap hands and give each other daps.  In other words, a simple form of shaking hands / clapping hands to say goodbye.   My friend, who isn’t really a high school buddy or anything, just a guy I met when I moved to the South from California years ago. Apparently, he was not familiar with the daps tradition.   So instead of giving me daps, he reached up as if he was going to high five me.  However, instead of the classic high five, he latched on to my hand and interlocked fingers.   Interlocked fingers?  What the fuck? 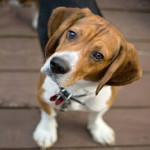 I glanced over at Venice as my hands were entangled with my friend hoping she would dive across our arms and save me from this moment.  Sort of like when you grab an electric fence and someone needs to push you away from the current to save you from being electrocuted to death.  However, she left me for dead. Rather than saving me from the moment, she barely moved.  Do you know how when you say an unfamiliar word to a puppy they’ll cock their head sideways and give you this, “What the fuck are you talking about”  look?  That was her look.  She cocked her head sideways and just looked at our hands interlocked, then back to my eyes, then back to the hands.

Once I realized Venice wasn’t going to save me, or pull me away from this disaster, I pulled myself away as fast as humanly possible…once the shock tapered off.   I admit, for a matter of seconds I was frozen, like a deer in headlights.  I had never interlocked my fingers with another man, and to be totally honest, I didn’t think it was even possible.  Truthfully, I thought a man’s fingers would give off a force that is similar to the negative effect of a magnet if they got close to another man’s fingers.  I really didn’t think it was scientifically possible for two men’s fingers to interlock.  I was wrong…very wrong.

Fast forward months later.  Mid threesome.  I was behind one of Venice’s girlfriends, looking down on her ass and back as her face was between Venice’s legs.  I shared my attention equally with the different things going on, from glancing down at my dick, at the other girl’s ass, at the back of her head eating out Venice, and at Venice’s reactions.  At one point, I believe the girl was moving her hands up to possibly play with Venice’s nipples.  At the same time, I saw Venice’s hands moving down to possibly hold her friend’s head against her crotch.  I say possibly, because neither of those things happened.  I saw the movements in slow motion.  It felt almost as if two cars were driving full speed at each other, with only one lane. 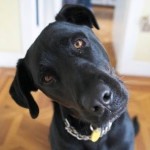 I wanted to scream, “Waaaaaaaaaaaaaaaatch out, your hands are about to collide!”  But instead I just sat there, with my head kind of cocked sideways, and watched.   As their fingers interlocked, Venice looked up at me, with her head also kind of sideways.  She cringed her eyebrows and looked down at her friend who wasn’t paying attention, as if to suggest, “What the fuck, really bitch, you are interlocking fingers?  You have to at least take me to dinner and by me a sexy outfit before you move up to fingers interlocking status.”