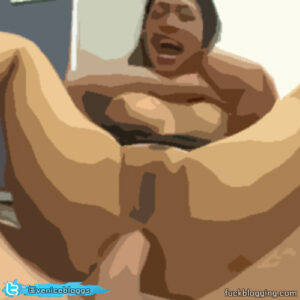 I mentioned in my article, Face Fucking, that I held my breath because it made my orgasm more intense. Why is that? My thought process was simple: in order not to throw myself off, I had to keep as still as possible, and keeping as still as possible meant not breathing. After I tell Ryan that I’m about to cum, my body tenses up and I wait for my orgasm. In that brief three-second period, I will begin holding my breath and continue doing so until I’m about halfway done with my orgasm, which is comprised of anywhere between 15-20 mini convulsions. Then I would exhale deeply as if I lost my breath and was just getting it back. I thought that was weird, too. But I figured my muscles and insides were racing, causing me to “work” without really moving. Kind of like holding a push-up in the up position – you aren’t moving, but somehow you’re tired after about a minute.

For those of you who don’t know, autoerotic asphyxiation is:

Author John Curra wrote, “The carotid arties (on either side of the neck) carry oxygen-rich blood from the heart to the brain. When these are compressed, as in strangulation or hanging, the sudden loss of oxygen to the brain and the accumulation of carbon dioxide can increase feelings of giddiness, lightheadness, and pleasure, all of which will heighten masturbatory sensations.”

This may have gotten mainstream exposure since the passing of actor David Carradine, who supposedly died because of autoerotic asphyxiation. Of course this is a taboo subject and even falls into the category of being a sexual deviant. And with good reason: when the victims are found they are in compromising positions, their genitalia are hanging out (sometimes still erect), and for the first time their families get a glimpse into their unknown sexual activities. Not the way their families want to remember them. And taboo because people really don’t want to give young, impressionable minds ideas. Guess what: it’s been around longer than you think.

While the cases are few and far between, there are indeed instances where the media have been blamed for, not necessarily glorifying autoerotic asphyxiation, but by simply bringing it to the public’s eye. In the case of Herceg v. Hustler, the mother of a 14-year-old boy sues Hustler magazine because her son read about autoerotic asphyxiation in an article in their magazine (HERCEG v HUSTLER). 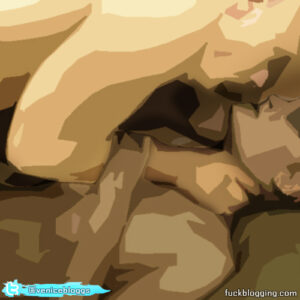 Chokes are no joke

Recently I jokingly told Ryan that he should choke me as soon as I told him I was going to cum. I was scared at first because I did NOT want to pass out. I was afraid that Ryan would not know when to ease up on the choke hold and I would accidentally get hurt.  To prepare for this experiment, Ryan sat up on the bed while I laid between his legs. I spread my pussy lips open and began to stroke my clit in little circles, dipping my fingers inside and using my own froth to make my lips slick. I closed my eyes and relaxed. He squeezed my breasts and tugged on my nipples between his fingers. He licked behind my ear and on my neck, hitting the sensitive spot and shooting a sensation straight to my g-spot. My breathing became more shallow, shorter. I was starting to feel the beginning of my cum brewing. I slipped my fingers in me for more of my juice, circling my swollen lips and clit in a steady motion. I squirmed against Ryan’s body as his dick rubbed down my lower back. I moaned softly. Ryan knows to steady his movements so I don’t get distracted. I moan a little louder and tilt my head back. We both know I’m close. Ryan pinches my nipples harder and grazes my neck with his teeth. I tell him that I’m about to cum. The muscles deep in my pussy twitch twice before I feel Ryan slide his arm up; the crook of his arm embedded itself under my chin as he flexed his bicep. I see darkness closing in from the outside of my range of sight. As he squeezes harder, the heat flows in my eyes and surrounds my face. My eyes feel like they’re going to pop out as he maintains the blood choke on me. I feel only one more twitch in my pussy before I panic and lose the rest of my orgasm.

To make things clear, I do not condone autoerotic asphyxiation.  Why? It’s a dangerous practice and no one in their right mind would condone that.