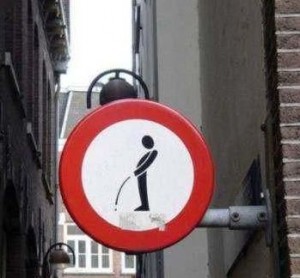 There have been times when my husband, Ryan, fucked me so hard that I thought I peed.  Or I’d ride him without caring about the pain in my stomach his dick was causing; I’d bounce on his cock with so much force I’d bleed that night.  But again, I “wet” myself and I thought this wetness was pee from me letting go of my inhibitions. These moments of wetting myself were hot and were a turn-on because it meant my body and mind were totally in sync in our sex act.

The first time I squirted during an orgasm, Ryan and I were having sex in the spoon position.  In this position, I tell him to go deep because the pressure in the back of my vagina was a good feeling, not one that hurt.  He held onto my hips as I grinded my body into him, his cock scooping deep into me.  We were hot and sweating from head to toe.  It was only after I came did we realize just how wet the bed was.  It was as if I peed the bed. Was it possible?  I didn’t feel like I released that muscle that holds your urine back.  I was embarrassed because this never happened before.  I know what sweat spots look like and this was not that.  It didn’t smell like pee either.  It smelled like…well, like sex.  This was about four years ago.

Fourth experience. I was riding my man’s dick hard when he said he felt his balls and lap suddenly get completely soaked. I also noticed his dick was fucking my pussy with this wet/dry feeling. It wasn’t spit or lube; it was almost like I peed on him, but it couldn’t have been because it didn’t look, smell, or taste, like pee.  All I know is that it’s possible because I now squirt while being fucked. Maybe it was the angle that was making his fat dick hit a spot (g spot maybe?) in just the right way so that I leaked.

For my fifth experience, my husband discovered a way to make me ejaculate (see Ryan’s article “Female Ejaculation: It isn’t pee”).  At first I was reluctant that it would work since I have never experienced it before.  But I was down for anything new he suggested.  He explained that I would be getting a massage, which I always welcome.  Little did I know it was going to be a deep tissue massage, the kind I heard (directly from a massage therapist herself) can cause someone to burst into laughter or full-out tears.

He poured grape seed oil onto his hands and began with a full body massage: deltoids, the crevices of my shoulder blades, middle and lower back, buttocks, hamstrings, calves.  He told me turn over: clavicle, pecs (this is when I start getting sensitive and ticklish), and finally back to my inner thighs.  Soon I felt him slide two fingers in my pussy and proceeded “forklifting.”  At first I was nervous.  I just peed, but his fingers are hitting an area that makes me feel like I’m holding the pee feeling in (I later realize that this is the same feeling I get when I’m getting fucked hard and deep).

I knew that this “pee” feeling was normal.  So the first thing I did was to remind myself, This is normal, I’m supposed to feel this.  I had to physically accept this sensation regardless of how awkward it felt.  Once I did that, I then had to say, Relax…relax. Enjoy this feeling, accept it, love it.  My body and mind were now free.  I put myself in a sexual trance: my mind cleared of any reservations, my body taking in this new sensation.  I felt like a monk who had just become spiritually enlightened.

Almost immediately, Ryan felt what he described as a “spray” splashing onto his palm.  “Oh shit!” is all he said.  He raced for the light switch and what he saw surprised us both: a semi-cloudy fluid spewing and flowing freely from my pussy.  But not a short-lived dribble, I mean it was gushing out non-stop. Actual fluid, like a fountain.  “What?” I said.  We couldn’t believe it.

Soon after was my sixth experience, I was on top again, purposely using his dick in the exact same way he forklifted my pussy.  It wasn’t as strong or forceful, but I re-created the forklifting motion, forcing his dick to rub my spot hard.  A few minutes into it, his  balls, dick, lap, pubic area, ass, and bed were all wet. Neither of us came.  But at that point I had a greater understanding of how my body functioned and was also becoming more in tuned with it.

My most recent is my seventh experience.  This is a different kind of first because we were analing.  His dick wasn’t in my pussy, but for some reason we were still wet and slippery.  My cums are always so intense when I get fucked in the ass, sometimes I think my heart either races or stops.  On this day, though, after it was over, we could clearly see the SPRAY wet mark on sheet.  My husband turned on the light and we could clearly see a 4-inch spray, like someone took an aerosol can filled with heavy liquid and aimed on the sheet.

Female ejaculation is not a myth and it is 100% achievable.  Try it for yourself. It may take a few tries, but like they say: the fun part is getting there.

I will update this post when I get number 8. 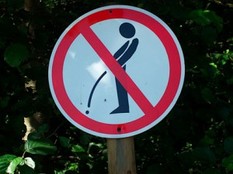