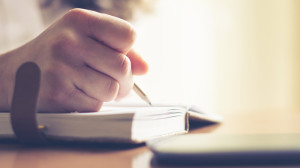 Once Hub was aware of my new found desires and after countless discussions of this being something we could share together, he was incredibly supportive of my attraction to women. He knows I am not interested in another male at all, just wanted to experience a softer more womanly touch. We would go out and he would ask me what my type of woman was, we would talk to waitresses while at dinner but neither of us could ever go to the next step and let someone know that WE were attracted to her and if we did then what would the next step be…? I remember asking V at some point for advice. I expressed to her how I just wish what we wanted would just fall into my lap. She suggested trying an online dating site. So we did, mind you I work full time, am a student, and Hub and I work completely different shifts at work. So he basically left the online dating thing up to me. We set up a profile expressing what we wanted and of course got responses from everyone but what we were looking for. It was the most annoying and impersonal thing ever to me. I quickly grew bored of it and moved on. With working, school and life in general I wasn’t able to keep up the search. But the desire still burned within… especially for me.

So what exactly are we looking for? A woman that we are obviously attracted too, preferably single, interested in engaging sexually with the both of us no strings attached. Seems simple right…

Meanwhile as life and work goes on it kinda got pushed to the back burner. A few months ago this woman at my job starts flirting with me, I suppose I was flirting with her as well but it all seemed to be friendly. I told Hub about her he suggested to see where it would go. I was apprehensive with starting anything with someone in the workplace, we work about two feet from one another. At that time I didn’t know what her intentions were, she could have just wanted to be my friend, plus she has a boyfriend so she wasn’t really on my radar. She asked me to have drinks with her after work one day. I agreed of course… She kept calling it a date I insisted it was just drinks and away we went.

That night I figured out a couple things about not only myself but her as well. I found out that she in fact is a bisexual woman, her boyfriend knows nothing about it and she was indeed attracted to me. I explained what Hub and I were looking for she clearly isn’t into messing with another man so this relationship was not going to work. I figured, ok we would just be friends and keep it moving. But there was a one problem… I already liked her…

She took me home and I explained the whole date to Hub of course. He immediately told me he was cool with me interacting with her. If anything was to become of this relationship she would be my first… The word first didn’t sting back then the way it does now. Although I had full permission to engage with this woman from Hub, he was holding back his true feelings. As often as we would talk and go over things step by step before they happened you don’t know how you will actually feel until you are put into certain situations. Hub and I have been together since high school and have shared literally a lifetime of firsts together, this was the first experience I shared without him and it stung. He allowed me… and maybe he was showing signs of not really being completely happy with it, but he later told me he loved and trusted me enough to let me “experiment” with this situation.

3 thoughts on “Anie’s Diary – The Beginning”