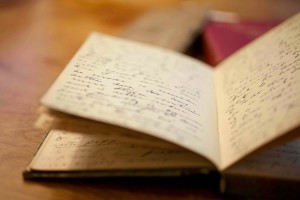 Hub and I had a fantastic conversation, talked again about what we were and weren’t looking for, and peeping all the beautiful people around us. He started kissing and rubbing up my thighs. Hub at some point said “he couldn’t see anyone but me”. He was totally sweet and attentive that evening. Not that he normally isn’t, but making me feel “desirable” I’m sure was noticeable to other people watching which would make them want to think about engaging sexually with us. I know when I observe sexual desire between a couple it turns me on and I start to envision what it would be like to sleep with them.

The music is playing, Hub made sure my cup was never empty, I start swaying and giving a couple ladies the “eye”. I had gotten so comfortable I didn’t realize till later that my dress had wiggled up and I was sitting with my ass out so the couple behind me has full view. Next thing we know the FFM threesome next to us start sucking the mans dick right next to us. We watch and sip our drinks while Hub is rubbing on me. Another couple sits on the right side of us and starts to engage in a little conversation. But we soon gathered she was an escort. While most people looked like actual couples you could clearly point out the ones that were paid by the hour.

Soon various games started. Show me your titties, sexy tattoos, and piercings LOL. Once we were ready to leave we walked back through the four levels, checked out some of the rooms that at this time was getting plenty of use. We watched yet another blow job, countless threesomes, a man fuckin a woman on a swing… You had no choice but to either stay and fuck or go home and fuck.

While we were there we noticed when other couples started to engage with us we kinda wished everyone wore a name tag clearly stating what they were looking for. Kinda like a “Hello My Name is” tag, name on first line and what you want on the line below it. LOL. Even though we talked to a few nice couples they seemed to want to either swap or simply the woman was not bisexual. UGH! Hub was laughing at a lesbian couple that keep giving me the eye LOL.

All in all it was a great first experience. We laughed, danced and more importantly we took the step through the front door.

Moving in the right direction, anxious for our next night out in our new spot.