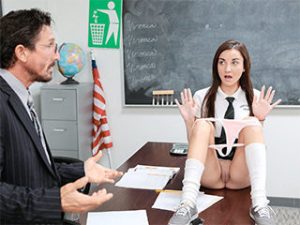 Rather than questions, sometimes we see various comments and quotes that tend to spark other thoughts and ideas.  Sometimes peoples’ thoughts or attitudes towards sex can lead to interesting sexual discussions.  So let’s talk about sex…

Here is an extremely common problem in relationships.  Men that count the amount of times that they have sex and women who are bored.  This is something we have dealt with in our own relationship as well.  This is also why we created Our Circle.   This is what happens when one partner finds ways to not have sex, while the other looks for opportunities.

So let’s ask ourselves a few questions:

Do we find creative ways to hold each others’ hand?  Maybe try interlocking our fingers in reverse while trying to snap at the same time?

Do we find creative ways to kiss?  Maybe lick each others eyeballs or nostril holes to add variety?

Do we find creative ways to sit on the couch together watching movies?   Maybe one of us will sit upside down while the other does cartwheels to make our time together more exciting?

Do you find creative new ways to tell him about your day?  Or talk to him?  Maybe just an alien abduction story to your work day?

I understand the sarcasm will turn a few people off, but they are still valid points.  Sex being boring is a mind state.  Negative energy and a negative attitude make sex and intimacy boring.

So because it’s boring, you tend to find ways to avoid being bored.  This means you avoid sex.  As you avoid sex, for him, having sex becomes a numbers game.  He is only counting because he feels like he has to keep track of something that you would avoid if he didn’t.  And there lies the problem…

He is counting and you are bored.

Do you want to know how you can keep him from counting?  Be intimate with him daily.   We’ve used the following analogy a lot on this blog.  Much like your heart and health, if you want to keep your heart and body healthy, exercise daily.  If you want to keep your relationship healthy, exercise intimacy and sex daily.  Sex is no more boring than holding hands, kissing, conversation, talking about your day, watching television, taking a walk,  texting each other, or just laying together in bed at night.

Do You Think Men Say They Can’t Orgasm Through Sex Because They Are Doing All The Work?

If I use my own fingers or my toy while having sex, that orgasm doesn’t count!

With the right attitude and energy, you can even orgasm from giving him a blow job!

Everything is boring with the wrong attitude.  And I stand behind that belief.   See below:

I never want sex. Ever. I don’t even like to think about it. It’s not that it hurts or is unpleasant or anything, I always enjoy the sex that we have but I never actually want to have it. When we first got together, we would do it several times a day. I mean truly several, like 5+ times per day and enough to leave me dehydrated and tired all the time. Now? Maybe once a month at best. I feel like I could go without it, well, indefinitely…