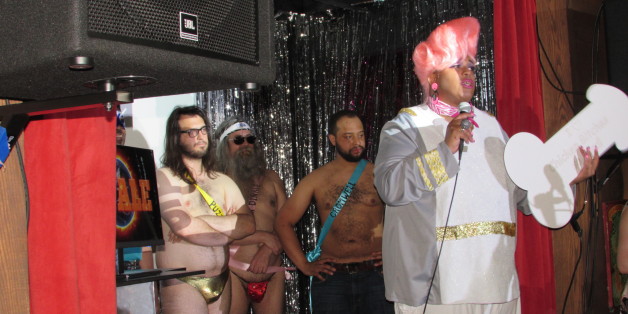 Add to the mix Brazil’s asinine Miss Bum Bum contest, where women compete to win the coveted title of having the country’s most shapely posterior.

Having pageants focused on particular body parts might seem impersonal, but Jesse Levitt of the Kings County Saloon, says it was a personal relationship that inspired the first “Smallest Penis Contest” in 2013.

“My business partner Amy had a bad romantic experience with a guy who was too big,” he told HuffPost. “We wanted to give a shout out to the smaller guys who go the extra mile in bed. [The contest is] not about smallness, but confidence and heart — guys who are proud to be who they are.”

This year’s winning weiner belongs to a contestant named “the Puzzlemaster,” who climaxed the peewee penis pageant with a altered version of “Goldfinger,” to reflect his endowment.

“Every girl, beware of his cock and balls… this cock is small!” he crooned, according to the Daily Beast. 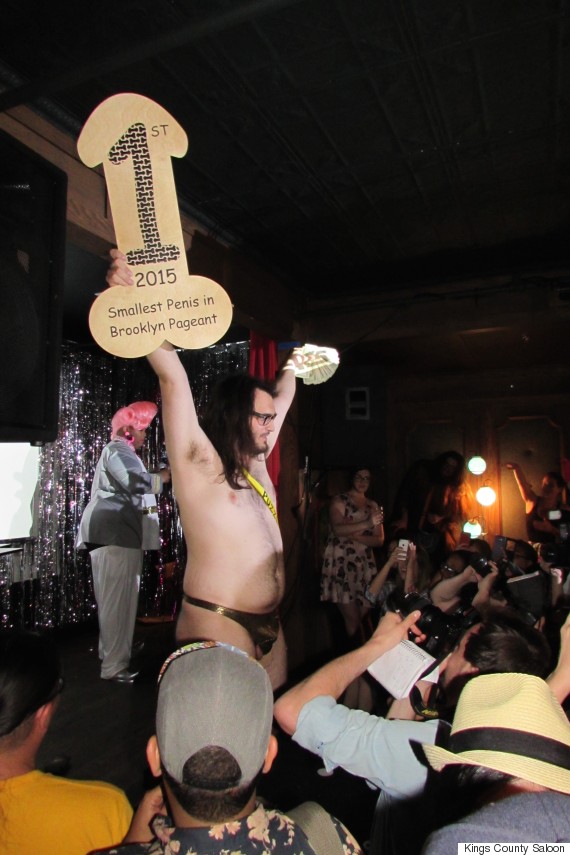 Levitt admits the “Smallest Penis Contest” is “taboo and voyeuristic, but figures it’s also a statement about equality.

“We have a lot of things that objectify women’s bodies, but not as many for men,” he said.

Brian Sloan, the owner and founder of Very Intelligent Ecommerce Inc., the parent company of Autoblow, says his “Vagina Beauty Contest” isn’t meant to objectify the vagina, he just wants to improve the quality of his products.

Sloan is also aware that the beauty contest is actually looking for the best looking vulva, not a vagina, but said he’s being scientifically inaccurate in the name of good branding.

“Vulva doesn’t have the same ring to it as vagina,” he said. “Yes, I’ve taken some linguistic liberty with the name of this contest, but people will just deal with it.”

The top three vote-getting vaginas will be flown to Los Angeles. The sex organs will get a 3D scan that will allow them to be duplicated publicly on future Autoblow products.

Sloan doesn’t want his own personal biases to get in the way of sales, hence the need for a contest. He realizes vulvas come in all shapes and sizes, a fact he demonstrates using lunch meat in a not-safe-for-work video about the contest.

The winning vaginas will be used in various products, but the women they belong to, will remain anonymous and without royalties.

“This particular contest isn’t about who the winners are, but only what their vaginas look like,” he said. “Royalties are more fit for a situation where we profit from some else’s achievements or abilities. This contest is simply about what nature has bestowed upon them and I think for that, a one time payment is fair compensation.” Contact The Author