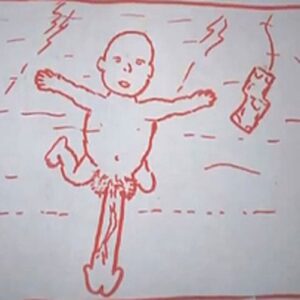 I’ve been with Ryan a long time. A really long time. Maybe not to some who are in their 80s, but in comparison to the number of years I’ve been alive. I started thinking about how I never wanted to get married. I’m not sure if it was because it was easier to not work at being in a real relationship and just do whatever the fuck you want, or if it was because I just never found the right person to challenge me at being a good girlfriend. Fortunately, and please excuse the cornball analogy, Ryan has thrown down the gauntlet and accepted the challenge. pussy boyfriends

I really don’t think that simply having parents who are still married has much influence on the type of relationship I choose to have or be in. Instead, I think it has a lot to do more with psychological issues and not just values and upbringing. Because although my parents are still married, and like every child in a two-parent household, I’ve seen them go through rough times. There’s nothing special about them – they weren’t high school sweethearts, they weren’t lovey, and they weren’t role model parents/spouses. But I like to think the household and family they created conceived the perfect me, Venice Bloggs, the same person to whom Ryan has promised his soul and loyalty. So I’ll never complain about my upbringing and everything because why? I’m perfect (for Ryan), and what is flawed and cause for break-up in other relationships, he embraces them and lovingly refers to them as my own delicious personality traits. pussy boyfriends

Through the years I’ve come to learn two things about myself. It’s hard to pinpoint these moments of self-discovery. They hit you so suddenly and are usually brought upon my long nights spent mainly inebriated. Ryan himself has told me that some of my best thoughts have been born from an intoxicated version of myself. Why? Because my thoughts seem to flow out of me when I become more obnoxious (“Wait listen…listen…listen..listen..listen…LISTEN!!” ::clamps Ryan’s lips shut between thumb and forefinger while feeling his inner thigh with my other hand::)  pussy boyfriends

These two things are:

1) I’m shallow. I admit it because it’s true. Part of my attraction to someone is how attractive he is to me. Love at first sight is always based on looks, always. What a person considers physically attractive is subjective, but nonetheless, looks are our primary instinct. You’ll never hear about the overweight man in his HoverRound getting all the babes. He wishes. It’s why we spend so much time in the gym, eating “right,” and buying fabulous club wear.  Lately I’ve been watching the MTV show “Catfish” and in doing so, I noticed I have a similar reaction to many of the men and women who have been duped by the offending catfish. I noticed that I have some of these “catfishee” qualities. Before I met Ryan, I was just a girl who had boyfriends who were just…boys. No manly aspirations, none of them put any thought into their future, and none of them even remotely knew how to treat a girl, let alone a woman. And it could have been timing, still being in middle and high school and me still myself a girl. Or it could have been that they weren’t up to my standards as far as looks were concerned. Or it also could have been that I was constantly testing them and they constantly failed. None of them stood their ground, none of them had a spine. In essence, I didn’t want to end up with a pussy. So if me breaking up with a boy because of his looks or his inability to be a man makes me shallow, then my middle name is “Three Foot End of a Swimming Pool.”

2) I’m very lucky. I picked Ryan because, look wise, he is everything I look for in man: tall, dark hair, hazel eyes, and subsequently, a fat cock. I didn’t have the foresight to predict that he would be the Neo to my Matrix, a.k.a. The One. Him fulfilling what I wanted in a man (good looks as well as not being a pussy) was a very big part of what I wanted. I just hoped everything would fall into place perfectly. But why exactly do I think I’m lucky? He could have ended up doing a 180 on me – became a cheater, a liar, gotten fat – and even worse: became a pussy. I’m lucky that he’s not a flirt because he doesn’t shoot first and ask questions later. I’m lucky because he thinks about how I feel before doing something: he won’t start eating at the restaurant if he arrives at the restaurant before I do, he won’t drink the last bottled water before my workout, and of course, he honors any sexual requests I have of him, i.e. eating me out on my period, letting me pee on him, and even weird things like massaging my warm, swollen feet after work.

Finding someone who has grown to love your acquired taste is not as easy as it looks and you certainly won’t find it on Craigslist. Maybe you can, but they’ll probably only want to taste you on weekends when their wife is away on business. If you’re with someone who doesn’t treat you like the 10-hour marinated filet mignon that you deserve to be treated, chances are you are just cubed steak to that person on your average day. Ryan has been marinating in his sweet juices for years and he’s only gotten more tender and flavorful to me. pussy boyfriends pussy boyfriends