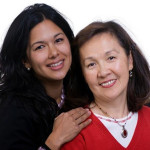 For my entire relationship I have been absolutely mature in everything we have ever done.  I am the epitome of maturity.  For instance, if Venice were to nicely ask, “Ryan, what time is that television show on tonight?”

I’d maturely respond with, “Why don’t you ask your mother what time the show is on tonight?”  In fact, I’ve said this old joke for so long now it gets more mature each time I say it.  And I’m okay with that.

Well, from the first day I met Venice, she was always extremely possessive of me.  I didn’t mind.  She was open about her possessive nature behavior and said until she met me, she was always just the opposite.  I took that as a huge compliment, and I loved her caring enough about me that she got jealous.   During the course of our marriage, some things were extreme, but I always thought it was cute.  If I said a movie star was sexy, I could never watch a movie with her with that actress in it.  And no, that isn’t a joke.  She felt threatened by I guess what she considered little crushes.  Like, I couldn’t watch a movie with a sexy movie star and not have sexual thoughts. This couldn’t be further from the truth, but her insecurities were always cute to me.  I learned very quickly to just never mention who I thought was or wasn’t sexy (or I’d never be able to watch movies again).

However, there was ONE person who I could call a hottie, and Venice had no choice not to be offended by it: her mother.  I’d openly say to her that I can tell where she got her looks from because her mother is gorgeous.  This would make Venice smile.  If her mom was down in the dumps or was going through her own problems, Venice would tell her mom about these compliments and they both would laugh.  It was funny, but of course it was also quite flattering.

Well, somewhere along the line, Venice began teasing me about me saying her mom was gorgeous.  If Venice would say, “Ryan, what are we going to do tonight?”

I’d respond, “I have no idea, what’s your mom going to do tonight?”

She would then glance at me smiling and say, “You wish.”

I’d then laugh and respond, “Yea I do…” with a pause then finish, “Your mother is hot as hell, so what?”

As stupid as this sounds, this became our playful mindless banter for years.  Of course we talk and communicated seriously, but on those days when we are extra playful and she asked me something, I would randomly say “Your mother.”

I looked back at her and said, “Your mother.”

She then looked at me for a second and said, “You wish…” but she paused and added, “…okay wait, that just doesn’t feel right anymore.”