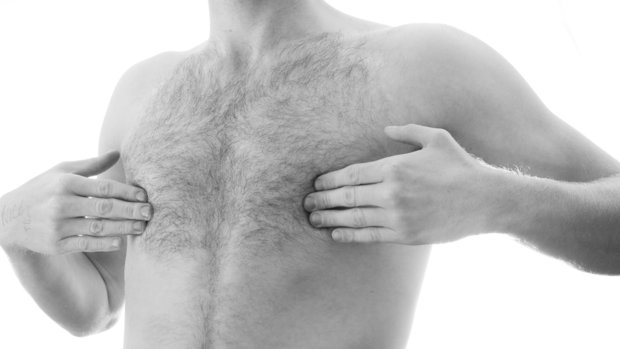 He was nipped in the bud.

Police in Kyoto, Japan, have arrested a man long suspected of fondling his nipples while leering at schoolgirls riding the subway.

Toshihiro Fujikuma, 33, was charged last month with suspicion of indecent exposure after he allegedly exposed the lower half of his body to two teenage girls while on a train.

Fujikuma, a welfare caseworker in Ritto City who was fired from his job after his arrest, admitted to the charges, police said. He told investigators he “was stressed and had sexual motivations,” according to TokyoReporter.com.

He was released on bail pending further investigation.

Though Fujikuma was accused of flashing his bottom half, he was notorious all over Japan as “nipple man” or “nipple geezer.”

Numerous internet photos show a man identified as Fujikuma playing with his nipples while looking at women on trains. Fondling one’s nipples while wearing a shirt isn’t illegal in Japan, but it was disconcerting to the women who witnessed his activities.

Fujikuma first became known as “nipple man” in July 2013, according to the Daily Beast.

That’s when a woman tweeted, “This jerk, is playing with both his nipples while staring at my face. The way he stares ― it’s creepy, right?”

Other victims posted their own photos. The consensus was that he was skeevy, but harmless.

But his alleged turn to buttocks flashing brought trouble. Kyoto police said they suspect him in several other acts of public indecency, according to the Daily Beast.

The arrest surprised Ritto City Mayor Masahiro Nomura, who told reporters he “can’t hide just how shocked I am, for a city official to lose trust through this horrible act,” according to NewsOnJapan.com.

Nomura added: “I’d like to deeply apologize to our citizens, and will strive to restore trust as well as deliver strict punishment.”