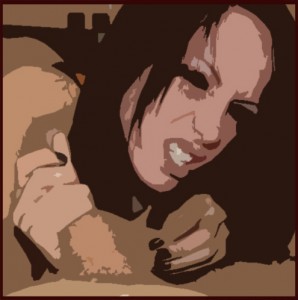 Dumb right?   Look into your relationship.  If you are messing up and have stopped giving her the attention she needs, make those changes.   Something isn’t right.  A woman in love wants her man inside her.  In fact, I’d say a woman truly in love wants her man’s fluids inside her, just as much as she wants to kiss him deeply and share saliva, hold hands, look into his eyes, and cuddle him all night so every germ on his body becomes part of her.  Not to mention it goes against every instinct in our bones.  I know people use protection and condoms, but in this case, it isn’t about that.  She called your sperm gross inside her.  EIther she is the most insensitive woman on earth or something is up.