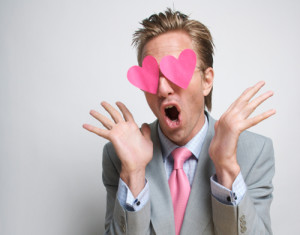 It’s in a man’s DNA. Literally. A man is naturally built taller, stronger, faster (or at least has the capacity to be all these things). Taller to shield her from peril, stronger to fend off predators, and faster to get to her quickly if she’s danger. To a woman, his physique is a reflection of just how able, capable, and prepared he is to care for her. In the days when we lived in caves, the real danger for a human male wasn’t society or poverty or having to prove himself to corporate bosses, but rather to fend off animals, the elements, and having to provide the most basic of needs for his woman, a.k.a. the person who will ensure his DNA is passed on.

This is probably why women’s eyes are inherently drawn to a tall, muscular man rather than someone who can provide a stable home and a steady income. Similarly, this “bad boy” is someone we associate ruthlessness and inhibition – the type of man who goes against the grain, whose strength not only lies in his muscles, but in his demeanor, character, and temper; the kind of man who’s rebellious at the cost of being shunned and looked down upon for having the strength to go against norms. 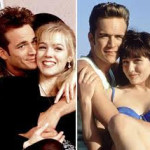 That’s why Brenda Walsh and Kelly what’s-her-face drooled, then fought, over Dylan. 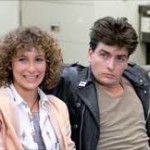 See that cheesy grin on Ferris Bueller’s sister’s face when was caught cozying up to Charlie Sheen? 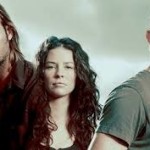 And that’s why Kate always bounced back between Jack and Sawyer. 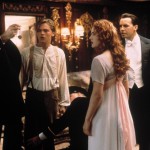 And that’s why Rose would rather be poor and live with Jack. He made sure her heart did go on.

Even in the days before I could understand what love is, I knew that love at first sight was a big, steamy load of shit. The problem with seeing someone and claiming that you’ve found your soulmate is that you’re saying your eyes have made the decision to single out one person on this Earth before scouting out other prospectives and allow you to love him/her in a way that you love your mother or father, best friend, and do anything for them. Physical appearances are THAT important; so important that everything about them (morals, personality, or how good in bed they are, although most people probably assume that a good looking person would be a fantastic fuck). Because, let’s admit it, is a 25-year-old bodybuilder going to see a 250-pound woman riding around Wal-Mart in a Hoveround and think, “I want her to have my babies”? Probably not.While we all desire different traits for our progeny, let me list a few that I believe represent what most of look for. Let me add that this initial “love at first sight” encounter does not take place at the work place. Why? Because then other factors come into play: social status, salary, and peer interaction – all of which have nothing to do with love at first sight, but rather secondary elements:

1) First and foremost, physical attraction. Because we all have a different idea of what a beautiful person is, this will vary. Some will only date blue-eye women, Hispanic men, redheads, long-haired women, or dark-haired men. And this may be the only thing that they’re attracted to.

2) Muscles – This goes for both men and women. Since muscles are under our layers of fat, they’re rarely seen. So to see a person’s biceps, calf muscles, or my favorite, traps, shows the effort and determination it takes to expose those muscles. This denotes an absence of laziness.

3) Youthfulness – For a woman, a young(er) man generally has a more powerful libido,” For a man, a younger woman means she is probably still in her child-bearing years (this goes back to ensuring we find someone to pass on our DNA). For both men and women, a younger mate helps to rejuvenate their youth and make them feel young.

4) Tan skin – When someone is sickly or about to vomit, they’re said to look like they’re losing their color. Tan skin, or anything even half a shade darker college ruled paper, signifies health and even strength. Example: every single Mr. Olympia contestant.

5) How you present yourself – “I can’t believe you left the house like that!” It’s why we dress up, even when we get gas. We are walking advertisements and we are selling ourselves.

6) Interaction with kids – Think parks and why women swoon over men who are good with children, their own or others. “Oh my! He’s such a good father.”

When I first saw Ryan, I was instantly physically attracted to him: his slim 6’4″ build, dark hair, hazel eyes – he was my ideal man and nothing anyone before him ever was. If love at first sight stopped at just his appearance, then it would have been perfect. The end. And we lived happily ever after. But we had growing to do. I had to learn his personality; I had to learn how to communicate with him; I had to adjust hobbies and interests; I had to learn his pet peeves; and we both had to make sure our spirits were in love. THAT can’t be determined in the first 4 seconds of seeing someone.

3 thoughts on “Love at First Sight Does Not Exist”