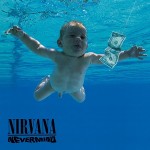 This song popped up in my playlist after I transferred a bunch of songs from my old phone. I’m sure a lot of people who remember Nirvana and Kurt Cobain will remember him as a musical genius. I don’t know about all that. I think Nirvana was about being at the right place at the right time. But that’s neither here nor there. Today I’m going to dissect the song lyrics to “In Bloom,” not line by line, but rather by each concept. Back in the 90s I wasn’t into them enough to sit down and think about the lyrics. But as I listened closer, I realized this is a song about an adolescent boy’s adventure in masturbation. (Lyrics in bold)

“Weather changes moods” – Have you heard of Seasonal Affective Disorder? It’s experienced in mainly the fall in winter months and is described “feelings of sadness and depression that occur in the winter months when the temperatures drop and the days grow short”. From experience, I can verify that when Ryan doesn’t orgasm for two days minimum, he starts to get really cranky, and I mean super cranky. He starts to blame me for the empty gas tank in the vehicle that only he drives, for using 5 towels after I shower, and for eating the other half of his Cinnabon…eight years ago. The point is, he starts to become irrational and upset at the smallest things if he has not had a chance to release his demons. In the song, the masturbator has gone at least 5 days in the same “mood,” which explains his crankiness, i.e. weather-induced mood change. And after 5 days of being in “winter,” he’s ready for the weather to change.

When the weather changes, “Spring is here again,” it’s because he has finally orgasmed. He now feels like himself again. He’s no longer a Gloomy Gus. He’s not down in the dumps, or frustrated, because he has just masturbated and can face the world fresh without having to worry about trying to get laid, all thanks to his “Reproductive glands.”

“He’s the one who likes all our pretty songs” – The pretty songs is all the flirting, use of pick-up lines, and sweet talking he does to try to sleep with a girl. “Hey, girl, you know you want some of this,” he says as he points crudely to his crotch, forcing her to cringe as he directs her down his imaginary happy trail. He’s so oblivious to what it takes to actually meet a female, so he says whatever he hears on “Jersey Shore,” and calls every girl that rejects him a grenade. He’s so immature. “And he likes to sing along” because he flirts non-stop with every girl who will listen. He doesn’t know how experienced guys flirt (a.k.a. the lyrics) and even sounds like he’s never heard the song before. Nevertheless, he will talk his game until one day he gets the song right and the game he talks will actually work. Regardless, “[and] he likes to shoot his gun, but he knows not what it means” I’m torn between what a gun is here. It can either mean his penis shooting out semen or his mouth shooting out every cheesy pick-up line he’s every heard, not caring for anything except for the hope that someone will fall for it.

But, like the seasons, the relief and pleasure from a good orgasm is cyclical. Ongoing. It won’t stay warm forever and hunger must be fulfilled because “We can have some more.” Why? Because semen is continually being replenished. His gonads are making sperm non-stop and because of this he will always need to get it out. It’s in his nature to masturbate. “Nature is a whore” because a guy is constantly thinking about sex/masturbation, Mother Nature makes him pimp out his semen to feed his sexual appetite. When Ryan strokes his dick, there’s not necessarily “Bruises on the fruit,” but definitely chafing, minuscule tearing, and redness. Sometimes the coconut oil falls of the edge of the table and we just don’t see it. And even with lubrication, the constant rubbing on the penis can take its toll on a guy. It happens. But this doesn’t deter him from stroking his bald headed baby Jesus.

He fumbled his words. “Look…I…” he started to say.
I shake my head. “I mean…WHY? Why can’t you just lock the door?”
“You could have knocked!” he tried to reason.
“What the hell! You were just putting groceries away with me 8 seconds ago! That’s barely enough time for a cowboy to get bucked off a bull!”
He laughed. “I’m sorry!” He reached his hand out apologetically.
“Stop! Go wash your hands!”

That little story was, unfortunately, based on actual events in my life.

*Guitar solo* – The guitar solo is the young man in his room, strumming alone.

One thought on “Song Lyrics Meaning – “In Bloom” by Nirvana”