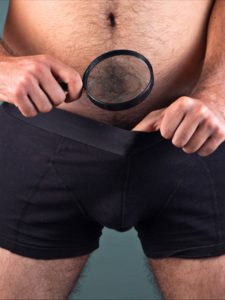 I think I just found my penis!

So I’m watching a doc on netflix about american circumcision and this one guy is talking about the vast amount of nerve endings in the foreskin and that little piece of skin between the shaft and back of the head. Talking about how he can orgasm by simply running his fingers around certain parts of it. I didn’t believe it. Well a few hours later the fiance and I are fooling around and while taking a bit of an air and water break I bring this up. Asked her to try out some light teasing of the foreskin and oral but fixated more on a sucking motion as opposed to classic porn head bobbing/gagging. Her tongue was was focusing on that little piece of skin on the back of the shaft/head and OHMYGOD. I had feelings climbing through my legs and back that I had never experienced before, followed by one of the best orgasms of my life. I guess I’m making this post to say to people that theres a lot going on with that little piece of skin (fervelum?) A shit ton of nerve endings (very sensitive) and if done correctly can definately help orgasming. I’ve always had a hard time having orgasms from receiving oral as I tend to like to be in control and focus much more on her but I had no control over it this time at all. She’s thrilled she’s got a trick to get me off now and I just learned something new about my penis.

Venice’s response regarding frenulum
Congratulations on finding your frenulum!  I think a lot of us have these moments in our lives when something so simple is only “simple” after we discover it.  I learned from Ryan after he got a piercing that this was his hidden g spot.  Sometimes I sit between Ryan’s legs and give him oil massages, ie a hand jobs.  I will hold his penis with two hands and place my upper hand so my thumb is right on his frenulum.  As I stroke, my thumb will rub up and down over his frenulum and penis hole.  This is the sensation he enjoys the most and it’s probably because of all the nerve endings in that area.  If it took you 27 years to discover your own penis, imagine how many things you probably haven’t discovered about your woman’s vagina. Get to exploring!

A past article we wrote regarding your frenulum being a secret spot most men and women do not know about.   Give your man a Woman’s orgasm.