Have You Ever Recorded Yourself Having Sex and…

I have this huge mirror in my bedroom (like a full wall because the mirror is actually on the closet’s doors) and the first time I looked at it having sex it was horrible. It felt completely ridiculous, like two chicken nuggets rubbing each other while missionary position. From that day on, I avoid looking.

So you and your girlfriend are getting hot and heavy.  You look over at the side of the bed and see your phone laying there.  She smiles up at you as she sees you look at it.  She motions for you to grab it.  You pick it up and she makes the prettiest face possible, as you hit the record button.  She reaches up and grabs the phone and lays it over to the side so you can continue making the greatest sex video that ever existed.

A few moments later, after showering, you and your girl lay down together and click on the video clip in your phone.  As the video starts, you start noticing a few back pimples you didn’t know existed, a spare tired around your lower back, and your penis isn’t quite the same size as it is when you are staring down on it.  Did someone swap your footage with an ugly couple that has no idea what they are doing?   Your girls moans sound more like a wounded seal when listening back.   What the hell? 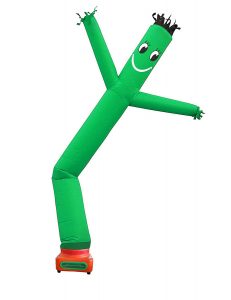 You are not alone.

See, this is why my GF and I went the “full-wall mirror next to the bed” option. So we get to watch ourselves fuck (which is great) but we also get the added bonus of what I like to call “boner-goggles” which makes us look and feel hella more hot as we’re in the throes of passion.

And finally, you are your own biggest critic.  Sometimes you look amazing, yet you see all of your flaws rather than the positives.  When watching back a video, you tend to focus on what you look like, rather than what you are doing.  Much like an artist sees all his own flaws, while the rest of the world doesn’t notice.

We’ve found we have to somewhat sacrifice the sex for a good video. Knowing that up front helps a lot. Concentrate on the angles and try to get some really nice close-ish shots of you entering her. And specifically doing the things that make either of you go ohhhh, rather than just sex. That way it’ll be more of a memory of something great that means something to you rather than a sex video of something average. Filming gets in the way a little. So break it up a bit. Know that while you’re filming, you might have to change the way you do things slightly, and it might not feel as good, but the video will be better. Then stop filming and enjoy yourself. I hope that makes sense. I was being distracted when I typed this so my thoughts are all over the place.