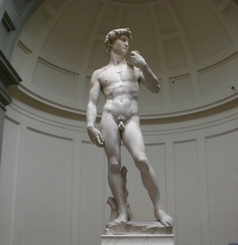 First, I would like to say that I do not have to measured any man’s penis to know what he is packing, his actions speak louder than any ruler ever could. I suppose you could say the title is more of a mental penis size rather than his actual penis length, although I wouldn’t be shocked if physically, it is true as well. Really, how much could a mental midget be packing?A confident man doesn’t chase little girls, and by little girls I am talking about that 27-year-old man chasing a 17-year-old high school girl. In some states it’s legal, but it’s still hilarious.

Could you imagine how this date would go?

[Justin Bieber ringtone] “Hello? Yes, we can go out tonight, but first I have to finish my pre-Algebra homework and my friend Misty wants me to DVR the new Hannah Montana episode. I think she’s going to reveal her identity!  But that should be done by about 9 o’clock. I have to be back home by 9:30.  Do you think that will be enough time for us to go to Dairy Queen?”

A 17-year-old-girl doesn’t have much to offer a 27-year-old man, and that includes anything in the bedroom. What exactly does a man want from a younger girl? I think it’s less about what he wants and more about him mentally never growing up. He wants to be young, he wants to fuck a girl who won’t judge him for his small cock. He wants to be able to ejaculate prematurely and make her feel good about it, like she is so hot he can’t control himself. Oh, how a young girl will eat this bullshit up and believe every word of it.

A man wants to dominate his woman. A man wants to be the king of his domain. A man wants to pull out his penis in front of his partner and immediately watch her eyes grow with excitement. A man wants to hear his woman tell him he is the biggest she has ever felt, whether she means it or not. A confident man, on the other hand, doesn’t care if she means it. A confident man doesn’t care about his partner’s past, because he is confident with his own tool, his own body, that he can fuck her and know that she has never been fucked better. He can dig his dick deep in body and watch her wiggle her butt to try and escape the impact in the back of her vagina. A real man doesn’t premature ejaculate or ejaculate at all until his partner is ready.

If had I to choose between a mature hottie who knows all the ins and outs of a  man’s body or a fresh out of high school diva, I’d go with the mature hottie. I  can’t imagine what it would be like to pull your penis out in front of an 17-year-old, who can’t really see much (for various reasons — size being one of them) because she wants to keep the lights off and hump in the dark. Eventually you slither into bed and turn on your cell phone to pretend to check your urgent messages, hoping the light will flash near your tiny penis and she will get a glance of your package. The only problem is, the light  freaks her out and she pulls the cover up higher on her neck  so you do not see that her breasts are slightly crooked or giggle at that embarrassing mole near her inner thigh. Hey, but at least you get to fuck her right? So you get up and try to convince her to touch your little dick so you can get an erection, but she is too giggly. She eventually touches the tip and snickers then asks, “Is that good?”

A real woman learns over the years. She learns how a fat dick feels, how a long dick feels, and how to suck a dick perfectly. She learns how to slide her body around on your penis, no matter what size, to enjoy herself as much as possible. She isn’t shy anymore, she doesn’t want the lights off, she doesn’t hide under the sheets, and she has accepted her big floppy crooked breasts and fat ass.  When you are between her legs she pulls your hair and forces you to lick that embarrassing mole on her inner thigh. If you cum early? She rolls over and hits you in the face with a pillow and demands you eat her out until she gets off. A real woman is a challenge, a challenge a mental midget isn’t up too.

If you disagree, you probably have a small penis.