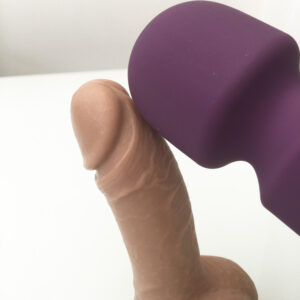 Give your man a female’s orgasm.

I don’t want to really label orgasms, but ladies, most of us know that we can put a vibrator up to our clitoris and it doesn’t take long for the magic to happen. When we were young it started with us exploring our naughty region with a finger and slowly circling our clits.  If that went well, we felt a natural tingle sensation deep inside our bodies, we started breathing a bit harder, our skin got flush, and out of no where we would tense up and convulse.   From the beginning of our sexual exploration, our orgasms centered around our clits.   Fellas, eventually we taught you to make your tongues center around our clits as well.

Men, slow down, take off your pants, let us grab our vibrators, and allow us to give you the same orgasms we have grown to love. 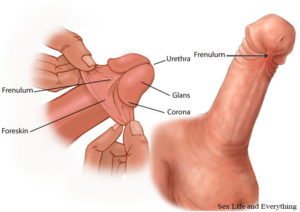 Anyway, imagine your clitoris for a second.  If you are bisexual and have explored another woman, then this shouldn’t be a problem. If you have not been with another woman, grab a mirror and explore yourself!  If that’s a little too bold (you are reading a sex blog, just go grab a dang mirror girl!), search google images for close ups of a woman’s clitoris. Our clitoris resembles a small penis glans, with the same helmet shape, except tiny.  Well, for me, when a tongue flicks right underneath the clit and not directly on it, this is where I get the most pleasure.  The frenulum on a man’s penis is equivalent to that spot. 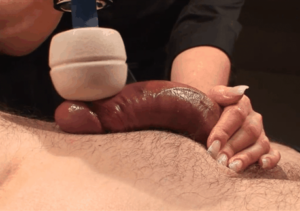