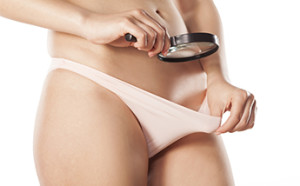 We have a long running series called the Vagina Dialogues where my husband and I comment back and forth on different aspects of a woman’s vagina.  Today, I am going to blog an excerpt from a great book by Desmond Morris, The Naked Woman, A Study of The Female Body, which lists a few areas of the Vagina most people do not know about.  my husband really doesn’t need to add his dialogue here, he should just takes notes and listen!  However, I have added my own comments and experiences below. I have also added photos to go along with each description and a few other erogenous “spots” that were surprisingly not listed by Desmond Morris.

This is the best known of the female genital hot spots, located at the top of the vulva, where the inner labia join at their upper ends.

Much like an uncircumcised penis, you can pull back the clitoral hood and the tip of the clitoris will be exposed.

The visible part is the small, nipple-sized, female equivalent of the tip of the male penis, and is partially covered by a protective hood. Essentially it is a bundle of 8000 nerve fibres, making it the most sensitive spot on the entire female body. It is purely sexual in function and becomes enlarged (longer, more swollen, more erect) and even more sensitive during copulation. During foreplay it is often stimulated directly by touch, and many women who do not easily reach orgasm purely from vaginal stimulation find it easier to climax from oral, digital, or mechanical stimulation of the clitoris. 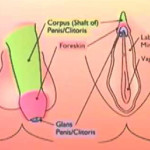 This is the spot of all spots.  You can call it the C-Spot if you want, because if you C (see) this spot, you better put your mouth on it, suck on it, lick on it, touch it, tap your dick against it, rub it, circle it, pinch it, jerk it, stroke it, and make sure you leave your woman with a C (sea) spot on the bed. When I orgasm during oral sex, it’s always because my husband is gentle (but quickly) flicking his tongue back and forth over my clitoris.  This orgasm is my most powerful.  Whether it be with my own fingers, my husband’s tongue, or a vibrator, this is the spot. As soon as I orgasm though, slow down and take it easy.  Much like your penis head gets sensitive after/as you orgasm, our clits get extremely sensitive as well and too much movement can ruin our orgasms and be very painful. 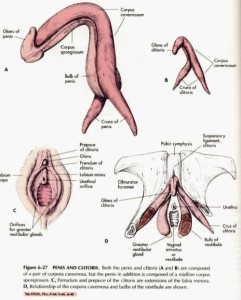 An Australian surgeon recently reported that the clitoris is larger than previously thought, much of it being hidden beneath the surface. The part that is visible is simply its tip, the rest of its length – its shaft – lying beneath the surface and extending down to surround the vaginal opening. This means that, during pelvic thrusting, its concealed part will be massaged vigorously by the movements of the inserted penis. There will therefore always be some degree of clitoral stimulation, even when the tip is not touched directly. The clitoral shaft is, however, less sensitive than the exposed tip, so that direct contact with the tip will always have a greater impact on female arousal. Some women claim that, by employing a rhythmic, downward roll of the pelvis, they can create a direct friction on the clitoris tip while the male is making pelvic thrusts, and can in this way magnify their arousal, but this requires a more dominant role for the female, which is not always accepted by the male. 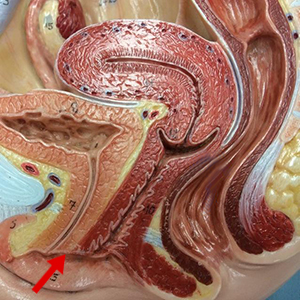