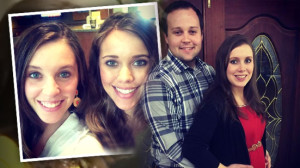 So. Josh Duggar had a paid Ashley Madison account. I’m not really surprised.

It’s so funny to see people get caught in the exact thing they preach against. Priests and young boys. Lance Armstrong and steroids. Josh Duggar, Executive Director of the Family Research Council, a conservative lobbying group and his Ashley Madison account.

For those of you who, like me, are unaware of what AshleyMadison.com is, it’s a Canadian-based online dating service and social networking service marketed to people who are married or in a committed relationship. Its slogan is “Life is short. Have an affair.” The name was coined after two popular female names: Ashley and Madison. Its membership includes 37 million people in 46 countries. The company announced plans to launch in Singapore in 2014, but Singapore’s Media Development Authority (MDA) stated that it will not allow Ashley Madison to operate in Singapore as “it promotes adultery and disregards family values.” Although you can’t stop someone who wants to have an affairs simply by prohibiting sites such as Ashley Madison, I commend Singapore’s MDA for showing the world that they don’t agree with it. Fuck yea, Singapore.

Back to Josh Douch-er. In May 2015, he was forced to resign as Executive Director after he was found to have molested five young girls, four of which were his own sisters, beginning in 2002. After this made headlines, the family went into damage control and stated that he had reformed and that the media were hell bend on “exploiting women.”

Honestly, I can’t see how his wife, Anna, with whom he has four kids, willingly chooses to stay with him. She reported knowing how he was, but because he’d “humbled himself before God and those whom he had offended,” she was able to accept his marriage proposal. If her husband’s leaked Ashley Madison account is not proof enough that he has no intention of being loyal to her or the vows he made to their marriage, then she’s in for the biggest disappointment of her life.

Here is what his $986..76 paid subscription to Ashley Madison was to find for him:

Additionally, here were his turn-ons:

Oh, Josh. Your wife could be every single one of these on both these lists, if you give her a chance.

I have more respect for people who are open about enjoying being peed on and not caring what others think when they admit it than for people who act like the prude life, i.e. people who never miss church, who never lie, or who look down on people for living a “non-Christian life,” is the proper way to live. I have more respect for people who admit and acknowledge their own imperfections and non-traditional lifestyle, than for people who try so hard to be part of the small minority of non-sinners who think they’re better than everyone else because they’re guaranteed a spot in heaven. Does Josh Duggar believe he’s still going to heaven? I think he does. He doesn’t give a shit about the life he pretends to live on Earth as it goes against his moral upbringing. Why? Because his god is a forgiving one with endless re-start buttons.