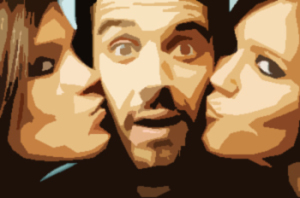 On Friday night my husband asked for an open marriage. He says that before he met me he was in a 6 year relationship (even though previously he denied that it was an actual relationship), and then a week later he met me and then we got married 2 years later.

We have only been married since March.

So his reason for wanting an open marriage is that he never got to play the field, so to speak.

He says that it’s good for me as I can sleep with women again, as prior to us meeting I had only been with women for a number of years, but with these new arrangements I am not allowed to sleep with men. Apparently if there is something I can get from sleeping with men I should be able to get it from him.  So why can’t he get what he wants from a woman from me? Well he said that because it’s not something missing from our relationship it’s just that he never got to do it.

The rules he set down were:
No sleepovers
Always use protection
We stop if anyone doesn’t feel comfortable with it anymore
No being out past 10pm
No partners in our house
No telling people we know
No men for me
Only sex no emotional attachments
People you see must know you’re in an open marriage

I’m not too sure how I feel about it, I did say yes on Saturday after he kept asking what I thought, and to be honest I do miss being with women but I don’t want to actually sleep with any while I’m with my husband.

He already has some women lined up that he has been chatting to and he might even be hooking up with one next weekend.