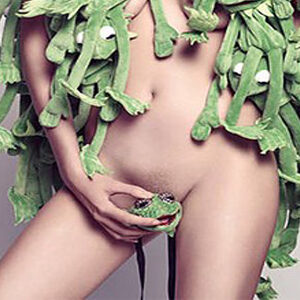 One day I came home late from work.  This was when Venice and I had our first apartment and neither of us owned a cell phone.  I didn’t call or anything, but when I got home I saw Venice’s shoes thrown in random places in the living room.  I also noticed that she had a pair of work pants on the floor and a pair of panties on the arm of the couch.  Not really understanding what was going on, I walked over to our bedroom door and on the door knob was her bra.  I also heard her in the room moaning.  I immediately jerked the door open and ran over to the bed.  As soon as I grabbed the covers Venice popped up from underneath them and looked back at me surprised and said, “Ryan?!”  She then took her hand and made her life sized Kermit the Frog stuffed animal doll appear from underneath the covers as well.  She made him turn and look at me, and with her best Kermit the Frog voice, “Ryan?!”  Of course at that point she started laughing hysterically.

To this day if she sees Kermit on television or in a photo she will smile, teasingly bite her fingernail, look at me, and Bambi blink.

What happen to the Kermit doll?  Well, I tied his arms behind his back without rope.  Basically I took his little skinny stuffed arms and tied them in a knot.  Then I sat him there on the couch while I made him watch me jack off over his Miss Piggy doll. When I was done I grabbed him by his green neck and rubbed his face in it and said to him, “Look at me, I DID THIS TOO YOU.”  Then I chopped off both of his green hands and threw the rest of him in a black plastic bag.  I then took the bag to Goodwill so all the other stuffed animals could see what happens when one of them gets brave and messes with my girl.

I kept the hands and made a necklace out of them.

Ok, I didn’t do any of that.  Venice wouldn’t let me.  To this day, 15 years later, we still have that fucking Kermit.  I did put him in the attic though and I hope he is uncomfortable! 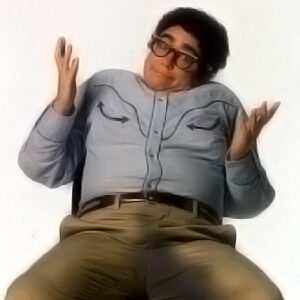 I will be totally honest with you, I have no idea if this next prospect was a man or woman.   For future references, I will just call it, Pat the Squirter.

Pat the Squirter was interesting indeed.  She originally contacted me with pictures attached of her (or someone’s) vagina spread wide open and the sheets soaking wet.  Within her first or second sentence of introducing herself, she asked, “You aren’t turned off by women who squirt right?  Because I squirt all over.  I can’t control it.”

She went on to talk about all the different locations she liked to meet up with couples in our city and all her favorite hotels.  She’d talk about certain hotels where she had probably squirted on every comforter blanket in each room (Hampton Inn — stay away).  She was proud of that.   With each picture she sent she got nastier and more graphic.  The bodies of the women seemed a bit different with every picture set, but I just assumed she was getting older or some of the pictures were from years ago.  I also assumed, some women in this lifestyle live in their past or have pictures they love from years ago.  Eventually she asked for some of my pictures and I replied,  “I will need to call you for phone verification first.”

She then went into multiple reasons why should could never text or talk on the phone.  Reason 1: She was in the process of a messy divorce and she would lose everything if she had random numbers on her phone records.  Reason 2: She was from a rich family that is very known in the city we are from, and if word got out her family would disown her.  She needed to make sure we didn’t know each other in real life before she spoke on the phone with me.  Reason 3: She has moved out of her home and the lady she cares for monitors her very closely and gets annoyed by phone calls of any kind. Reason 4: She no longer has a phone and was going to pick up a cheap one when she got a chance.

Now, what exactly could she do?  Well, apparently she could be on yahoo messenger and email 24 hours a day because once I gave out my information, she wouldn’t leave me alone.  She claims she was being  monitored closely, but she could sit at her computer all day and nothing could be traced (yea right).  Truthfully, I set up my first yahoo messenger account just to talk with Pat the Squirter, because that is what she insisted on.  I had one friend on yahoo messenger, her.  After a few weeks of talking on y! messenger and hearing each of the different reasons why she couldn’t phone verify, I got tired of dealing with her.  Unfortunately, she didn’t get tired of me.

She’s probably the first person I had to literally email block.  Why?  Because she was completely bat shit crazy and would not stop sending me messages.  After I blocked her emails and y! messages, maybe a month or so later, I got a random message on yahoo from “hungandhandsom384039”, or some weird variation.  Like with Pat the Squirter, this person would message me over and over for days, with no response.  I had my notifications turned off, so when I finally did see all the missed messages, it didn’t take much for me to figure out the only other person on earth with my  yahoo messenger name was, Pat the Squirter.  Therefore, one could conclude that this new person, with a man’s name, was Pat.  Did I ever ask?  No.  I blocked the other name as well and uninstalled yahoo messenger.

I eventually got to know a few other couples and singles off the same swinging website, and low and behold, each of them had the same exact story.  Of course, Pat’s name changed per which personality she decided she was going to be, her story changed, her city changed, but the fact she was a squirter was pretty consistent.  Her not talking to any of them on the phone was pretty consistent too.  If I would bring up her account name to a few new friends, the first thing I would hear was, “Oh my god, don’t talk with her, she is crazy as hell.”