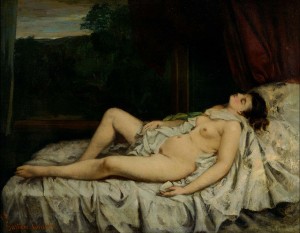 A few years ago I asked my wife to promise me she will never lay in bed with me wearing clothes. I noticed throughout the years, we began to change our sleep schedules, change where we slept (sometimes I would sleep in different rooms just to be more comfortable), and never woke up in each others’ arms. If my wife was already in bed wearing some shorts and a tank top, I may walk past her and rub her butt, but most of the time I would take my clothes off, hop in bed with my briefs, and go to sleep. Do not get me wrong, we still had a great sex life, but sex and “bedtime” were on totally different schedules. Like I said, we would have sex, then an hour later both be sleeping in king size beds in separate rooms. I like the room completely dark, she likes to sleep with the television on. I like to have a nice side fan blowing on my body, she doesn’t like the cold air.  To most couples this would seem like a huge problem, but we were both complacent.

The truth is, it was a problem. I no longer saw my wife as someone I wanted to hold all night, touch all night, scoot close and curl my stomach around her butt while rubbing my penis against her thighs. I was turning into a colder man who was affectionate during sex, but mentally not there afterwards. A lot of it had to do with my wife shutting down as she appreciated me less. If I wanted to try something new and different, she would agree, but didn’t show any enthusiasm. The sex was never bad, but it lost the feeling of two people in love.

In breaking down a few reasons I had slipped during the years, I knew I never wanted to grow up and sleep with my wife like I was on a camping trip (fully dressed and ready to run in case a bear breaks into the camper). As a kid, I felt that one day I would marry a woman and each night we would lay nude together, her on my chest, talking about our day. I let my wife know that I want her to be nude for me in bed. I want to wake up in the middle of the night and touch her body. I want to know that if I roll over and hug her, we will both be nude. For various reasons, this helped rekindle that spark we had for each other when we first moved in together. I wanted to touch her again, I wanted to hug her all throughout the night, I wanted to rub myself on her and let her feel my naked body against hers. It was sex, without intercourse. A new form of intimacy that even as a new couple we didn’t appreciate. I could hold my nude body against hers for the entire night, falling in love again.

For me, this nudity came very easy. I love being nude, I love showing my wife my body, and I love to feel the freedom of things hanging where they hang. My wife had a harder time with this, as sometimes she would lay in bed with panties and a shirt, sometimes just her panties. I’d come across the bed and feel down her tummy to her thighs and immediately ask why she was wearing panties. She’d look at me, smile, and say she forgot because she wasn’t used to doing it. That’s all it took for her to remove her clothing, but she had to reverse what she had conditioned herself to do for her entire life. For her, sleeping nude didn’t come natural. She felt safe with more clothing. I wanted her to feel safe with me.

After a few months, I noticed my wife would only wear a robe around the house after a shower.  She may put on a sun dress or something simple, but she would not put on a bra or panties. Before bed, she’d slip off her outfit and lay in bed, nude, no covers, letting me see her body. If she is on her stomach reading, I know she wants me to lick and massage her. If she is on her back, I know she is getting tired and wants me to touch and make out with her before bed. She no longer forgets, in fact, it’s just the opposite. At night I will go out with my wife and notice she will not be wearing panties under her dresses. For whatever reason, she has taken a liking to her new freedom, and I enjoy knowing she is breaking out of her shell.  I want her to enjoy her body as much as I do, and how can I not give her attention knowing my wife is a hand slide away from me feeling her vagina or ass? I love it. I love being around her, I love talking to her, I love hearing what she has to say, because I feel close to her again. I feel like she wants me close to her. She wants me to touch her wherever I can.  She wants me to fuck her, whenever and wherever I can.  I feel like the effort she puts into letting me know she wants me turned on and near her, makes me try throughout the day to show her, I want to be near her. I want to live up to her appreciation. It’s more than just nudity, it’s the call of the wild. It helped  save our marriage, it helped our sex life, and it freed us from complacency.