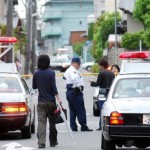 Japanese police have arrested the alleged ringleader of a sex home-delivery service specialising in women weighing up to 150 kilograms (330 lbs), a spokesman said.

Keiko Saito, 41, and one of her employees are suspected of conspiring to run a prostitution business under the name “Makkusu Bodi” (Max Body), which boasted that it catered for men who like “explosive boobs and bums”, police said.

Saito is alleged to have had about 30 overweight women working for her, including one who tipped the scales at more than 150 kilograms, Jiji Press reported.

Police say punters in Tokyo could telephone to request a visit in their home or hotel room, a service called “deri-heru” (delivery health) that is widespread in Japan, where it is illegal to sell penetrative sex.

Saito, who is believed to have earned about 400 million yen ($4 million) over three years, had previously worked as a prostitute, Jiji said. She began her business because she believed larger women were popular with customers, the agency added.

Vegas, you know what you have to do to fill this void.  Get the BBW’s lined up.  The Japanese men don’t come to Vegas just to gamble, that’s for sure.

How do you measure up?

The study, published online July 10 in the Journal of Sexual Medicine, is relatively consistent with the results of prior surveys of penis size.

Penis size has been the subject of dozens of studies, as well as countless urban legends, myths and spam emails. For many men, the idea of not measuring up can cause a great deal of anxiety.

But whether penis size truly matters to a man’s sex partner is up for debate. Some research shows that women who experience vaginal orgasms do so more consistently with men of bigger girth. [Macho Man: 10 Wild Facts About His Body]

Other work suggests bigger isn’t always better: One study found that ideal penis size depends on a person’s height, and another showed that girth matters more than length to most women.

In the new study, Debby Herbenick, a researcher at Indiana University, and her colleagues asked 1,661 men to measure their penis’s length and girth for the purposes of fitting for a condom. (The men submitted their data online.) At the time of their measurement, some men were with partners or “a friend,” although most employed a DIY method for attaining an erection.

Not surprisingly, penises come in all shapes and sizes. The smallest erect penis in the study was about 1.6 inches (4 cm) long, and the largest was 10.2 inches (26 cm) long.

Moreover, all erections are not created equal, the study also found. Different methods of obtaining an erection may lead to different size measurements — men in the study who became aroused through oral sex reported larger penis size on average than those who attained erections through fantasizing, Herbenick said.

“We don’t know if that means that when men have oral sex that it’s more arousing and they get a bigger erection, or means that men who have bigger penises could be getting more oral sex in the first place,” Herbenick told LiveScience.

The study found that other characteristics of a man, such as his race or orientation, weren’t good predictors of his member’s size.

“It would be good for women to have good data to show, ‘Hey, there’s a lot of diversity for women’s genitals, just like there are for men’s,” Herbenick said.

As reported by Tia Ghost and LiveScience