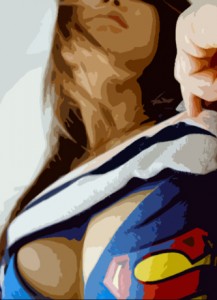 Be that Wonder Woman.

You’ve heard the saying, “If you can’t beat ’em, join ’em.”  I, myself, am a true believer in this motto, especially with the endless pics of gorgeous women I know I can never compete with, even in my younger, more fit days.  I learned very quickly that in order to compete, I have to up my stock and give myself a fighting chance.

Before starting our blog, Ryan and I discussed the pros and cons of starting a website like ours.  We heard about people getting caught and losing their jobs over their personal lives via R- and X-rated blogs.  Of course this doesn’t make any sense to rational people because 1) who’s to say what is acceptable normal life behavior, and 2) If there were a desirable set of standards, how many of us comply or even qualify?  Very few. Very, VERY few.  Even Amish folks build electric fireplaces (https://www.heatsurge.com/).  The word “fetish” exists because of the standards of normalcy we’ve imposed on ourselves.  But that’s besides the point.  Our goal for the blog was to share and give ourselves additional motivation to maintain an active and exciting and loving sex-infused marriage.

For me, what makes a good male lover is his willingness to do whatever it takes to please his woman.  I’ve had Ryan fuck me all night, until his stomach hurt, thinking it was something I wanted.  Although it was a first for me, we were both young and he assumed the longer he made love to me, the better he was in bed.  The truth is, longevity is overrated.  I love Ryan, but taking his penis in my body all night, literally all night, got very uncomfortable.  At the time I didn’t show it because I didn’t know better.  He later told me that it was just as uncomfortable for him.  The cramping, his penis going numb, the drying (which back then we didn’t know how to stay properly lubed), and his soreness the next day.  He openly said, physically it was the least enjoyable experience sexually, but he did enjoy our time together.  I agree.  He thought that longevity alone is what women wanted and he was trying to please me.  He had the characteristics and good intentions of a good lover, but unfortunately good sex isn’t based off of high school myths and poor communication.   To this day, almost all of my earth shattering orgasms and best sexual experiences have easily been an hour or under.  That is plenty of time for a man to please me.  As much as I love feeling Ryan inside of me, I love to be able to feel my vagina lips an hour later, and I definitely would love to not feel like my bladder has shifted a few inches inside my body.  If Ryan didn’t feel the same way, I would embrace the idea of longer experiences, but for us, it’s unneeded.

Another example of a good male lover is his open mind.  Good lovers go out of their way to please their partners.  If lovers are watching a porn together and he asks her, “Do you want me to lick your ass like that?” and she responds with, “It looks like it would feel amazing.”  Whether or not two minutes earlier he felt licking the ass was disgusting or gross, a good lover will adapt.  Don’t judge her desires, fulfill them.   A good lover will go out of his way to do things sexually that please you: rim jobs, circle your hole, tongue fuck your ass, lick as deep as he can inside, and do it until you are satisfied.  Similarly, if she wants him to motion his hips a certain way or eat her out until she cums BEFORE they make love, then a man will adjust and learn what pleases his woman.  Even if he looks like a complete idiot, a good man will try his hardest to do it all.  I know, through communication, Ryan will do anything I ask of him sexually.  Whether it emasculates or embarrasses him, if he knows it’s something that turns me on, he will try it.  Not only try it, he will embrace it mentally with an open mind and make sure the entire experience is enjoyable for both of us, regardless of how he felt prior to finding out what I wanted him to do.  Attitude and enthusiasm are everything.

As a woman, a good lover is slightly different.   We have our own tricks.  For example, moaning.  Not the kind of moan you let out because something feels good (back rub) or tastes good (cheesecake) – those are the kinds of moans that appeal to your physical senses.  A sensual moan is one that lets your partner know that you enjoy what you’re doing – not because a dick feels good in your mouth or in your hands as you jack him off.   Unlike the moan of feeling him slide inside your body, where there is an obvious moan of pleasure because it physically feels great.  But a mental moan.  A moan to let your partner know you are enjoying what you are doing.  It’s the ultimate way to show enthusiasm, which helps your partner relax.  I’ve been told by Ryan that if he feels I am uncomfortable or bored, he will ask me to stop giving him oral sex or a hand job, and just fuck me.  Not that I don’t want to be fucked, but I do want my man to know that I enjoy him totally.  If he stops, I want him to stop because he wants to fuck me, not because he feels bad because I am bored.  I have to remind myself that this guy trusts me enough to get nude in front of me, totally exposing himself, and lays back for me to do whatever I want with his tool.  I love it, and I need to remind myself to appreciate the moment.  If he wasn’t around, I’d kill to have one more moment like it.   Appreciating the moment keeps me focused on my goal, Wonder Woman.

Before, moaning was actually hard for me.  I would moan during sex, but not during a blow job or while I rub his balls.  Why the hell would I moan then?  Perhaps it was my ego, perhaps I didn’t know better.   I knew Ryan loved to hear me talk or moan, but for whatever reason, I felt I was submitting enough, and moaning seemed to feel “fake.”  I don’t know if I felt like I kept my dignity by staying quiet, but I do know Ryan wanted more.  He has communicated with me later that when a woman that moans and talks during sex, is the type of woman he wanted me to be.  Rather than get mad or hurt, I told myself I will be that woman.

A woman submitting to her man’s needs is a woman men want.   His Wonder Woman.  Notice the comments women get when they hold a penis in their hand like it’s a gold ring and they’re Sméagol.   Ok, bad example.  If a woman looks like Sméagol, a penis in her hand is probably equivalent to a gold ring.   Anyway my point is, a woman who is truly enthusiastic and loves her man’s most intimate body parts, becomes the women men want.  Rather than fight this fantasy, submit to it.  Does it hurt our ego to worship our men’s penis like they worship our bodies?   Do I lose integrity?  I used to think so.  I also was bitter and annoyed at women who did moan and show enthusiasm.  I was a prude.  I called them phony and fake, paid whores.  But the truth is, if money makes a woman a better woman, why doesn’t love?   Is money more important than my love or Ryan’s happiness?  Absolutely not.

I was on to something here.

It seems as if men overdo their sexual tendencies believing it’s what makes their woman happy, while women seem to not do enough because they feel their man should be happy by simply getting sex in the first place.  A good lover, by nature, doesn’t hate what others do to be better in bed, instead they embrace it.   I want to be a good lover, too.

Being “that” woman also works to the woman’s advantage.  The more you become the perfect woman for your man, the more he will love you for the constant adapting you do for him.  Unless your man is a selfish or  chronic cheater who doesn’t appreciate the strides his woman takes, he should realize that you are adapting to HIS tastes, HIS desires, HIS idea of a perfect woman.  You also become less susceptible to comments such as, “Damn, that woman has a fine ass.”  Why? Because you’ve armed yourself and earned the right to say, “Yes, she does.  But I bet she won’t let her man up in it every night.”

Becoming “that” woman – the one who you once envied for aesthetic reasons, the one you were jealous over, the one you thought you couldn’t compete against – allows you to be more comfortable in your own skin, to be more confident that you can not only keep your man, but keep him from wanting more.   A confident woman is a beautiful woman.  Because if you give him what he wants, why would he need more?