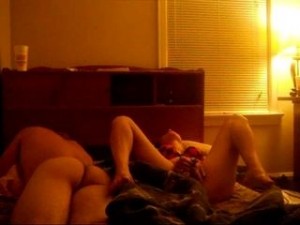 Dominic via the internet,

Venice u sexy as hell shorty.  im just sayin.  if ya man ever drops the ball and you get lonely hit a nigga up on kik or skype.   u feel me?  i left my tags on the bottom of email if you get that itch only a bbc can scratch.  trust me on this shorty ya man aint got the tools to scratch that.  ill show you wassup.

any way, ima just get straight to the question before ya man get emotional.   if im with my chick in bed and for whatever reason she is not tryin to deal with a nigga can i just pull my shit out in bed next to her and do my thing?  my girl say she aint feeling it when I do that.  she says real niggas dont that.   but it ain’t none of her business after she said no.   real niggas gotta nut and at least i aint out tryin to fuck some bird  from around the way.   if she bugs out because  the bed bouncin next to her or she gettin jealous cause i pull out a booty mag then she should just help a nigga out right?  how you gonna turn a nigga down but get mad he handle his own shit.  she been thrown out my mags but now i use my phone to check shit out.  she better not fuck with my phone.   let me know what you think shorty, i dont really care what ya boy think.  hit me up on skype shorty.

Nip this problem in the bud before it gets worse.  If she doesn’t give you sex, you jack off.  If you shake the bed jacking off next to her while she’s sleeping, don’t be surprised when the next day she’s still mad and doesn’t give you sex again.  You both need to grow up.  She needs to stop being a prude and you need to stop being a douchebag – one of you needs swallow your pride.  It’s a vicious circle and you are both to blame.

Thank you for offering your BBC, but I don’t have any itches in my LAP that Ryan’s BWC can’t scratch.

I agree with your girl, real niggas don’t jack off.