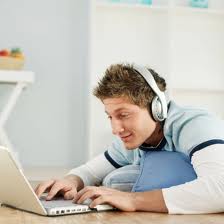 Alyssa via the internet

I was sick the entire weekend and on Sunday (still suffering but nearing the end of my sickness) my husband was acting really sweet to me.  He came upstairs and asked if I needed anything.  I let him know I could use a glass of water and maybe some cuddle time.  He went downstairs and brought me a huge glass of ice water and kissed me on the forehead.  He said he had to finish up some work on his computer and he’d be right back to cuddle.  After about 20 minutes I was restless so I got up and walked downstairs to check on him.   I thought maybe I would lay in his lap or something while he finished up on the computer.

Ryan’s response:  I get why you are mad, I think.   You are mad because he was insensitive to your needs, correct?  Not only was he insensitive, he went down and masturbated like everything in life was perfect.  A sick wife upstairs suffering (really?) and wanting to cuddle, but he doesn’t care, he has decided he is going to lie to you so he can go downstairs and watch porn while beating his meat.  I get it.   However, understand this, you were sick all weekend and a man has needs.  Whether you like that idea or not, would you have preferred him to come upstairs and cuddle you, slowly trying to remove your panties so he could stick his dick inside you? Would you have been disgusted if he was cuddling you and got an erection from being turned on (by his sick and suffering wife)? Your sickness doesn’t stop his testicles from producing sperm and hormones that scream in his head all day, “JACK OFF OR GET PUSSY RIGHT FUCKING NOW YOU FUCKING IDIOT”.

You admit that he was being really sweet, so obviously he was taking care of you.  It sounds like he wanted to release some tension and stress and before he did, he wanted to make sure you were totally okay. Obviously cuddling wasn’t in his plans, as he was already worked up and horny.  You carry around  our balls and hormones for a day and let’s see how long you last not getting the release that your most primal instincts are ordering you to do.   It isn’t easy, but he tried to make sure you were okay.  Unfortunately you caught him, which is punishment enough in my opinion.   Even reading this question I was embarrassed for the guy.  Not only did you catch him but then you slapped him in the face with his own semen?   Jesus, the guy has paid his dues already.  Let it go.  Yes, you overreacted.  To answer the question again, yes, you overreacted.  I used to wake up and release my tension, then head to the kitchen and make Venice breakfast.   Do you think she would be disgusted by me for bringing my dick germs to her food?  I think she’d enjoy the meal and an awesome morning of me being able to be sweet to her without ripping off her clothing because I am so horny.  But maybe I am wrong.