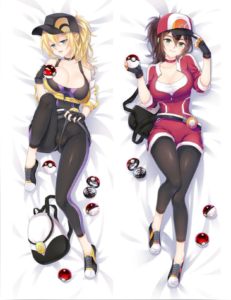 My penis is about 15cm long, which means I am getting a solid 3,300 full base-to-head strokes in to get an average of 0.5km. I’ve surmised that the last 10% of strokes gravitate around the upper half of my shaft and head, though. This means I’m getting somewhere a solid 2,970 full strokes and 330 upper half strokes in per wank. Some of that distance could be me sprinting to get a towel that I’ve inevitably forgotten, though.

Nothing is more rewarding than choking your chicken and turning on Pokémon to see you’ve hatched an egg or two in the process.

The Cocktail Party.  What can make sex more fun and playful than turning it into a game? Throughout our years of marriage we have came up with ideas that we may or may not have actually used. But nonetheless, we have decided to share our ideas with our readers. Some of these sex games may help with communication or kinky secrets, some may be for sex parties, but others just may be simple quick fun to use as foreplay. If you and your partner have your own games, please share in the comments below or email us ideas! 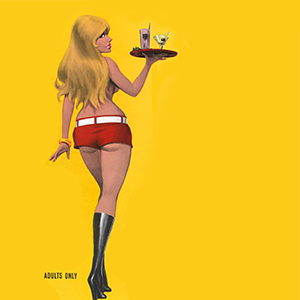 This is not a game in the since that there is a winner or loser, but instead more of a challenge or idea that you both understand.  The key to sex games isn’t to make up some weird game where there are a bunch of rules to follow; rather, the purpose of sex games is to add a bit of variety and fun to your sex life. The goal to this game is to create unique cocktails based off the sex your having.

So let’s start with what the Sex Cocktail actually is. The Sex Cocktail is the juices left inside her body (Creampie) and on his penis after sex. Whether you have both performed oral sex prior, leaving each other wet with saliva, sweat, used coconut oil as lubrication, and then both came together, leaving the vagina and penis soaking with all your bodily fluids, this is what your sex tastes like. In other words, this is your Sex Cocktail. This Cocktail is either considered a burden or a mess (some people consider this gross or “icky”), or something special and the taste your bodies make together. It’s not a far out concept, as cleaning up creampies after sex isn’t a new idea. However, building up the mindset that the mixture of all your juices together isn’t just a freaky after sex act, but more of a special way to taste the flavors your bodies make together, adds a whole new spice to the bedroom. Especially when you both start suggesting that you use the dick to stir up the cocktail after you’ve both came, as to get all the juices mixed together. In fact, the funnest part of this game for us is all the dirty talk about making the cocktail. Whether Venice is telling me how excited she is to taste our cocktail after sex, or how she will ask me to grind my dick as deep as her vagina allows, as to make sure all her hidden juices are also left dripping off my cock when I pull out of her.  This type of talk has now taken over our bedroom at the moment.

It’s less of a game and more of a mindset.

END_OF_DOCUMENT_TOKEN_TO_BE_REPLACED

What can make sex more fun and playful than turning it into a game? Throughout our years of marriage we have came up with ideas that we may or may not have actually used. But none the less, we have decided to share our ideas with our readers. Some of these games may help with communication or kinky secrets, some may be for sex parties, but others just may be simple quick fun to use as foreplay. Over the next few months we will share with our readers different games we have came up with. If you and your partner have your own games, please share in the comments below! 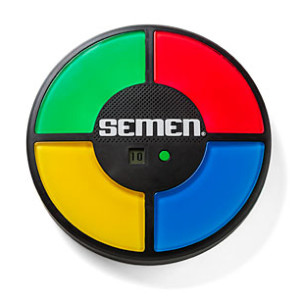 Semen Says: Simon Says with a twist! You can play this with a single partner, at a swinging party, at a gay party, or wherever you feel the rules can apply. One player (male) must be Semen Says. Anything Semen Says, you must do. The trick here is, Semen Says cannot get an erection. Ex: Player 1 says, “Semen says lick under both of my arms for 30 seconds.”  If Player 2 (or multiple other players) licks under Player 1’s arms, and Player 1 gets an erection, his turn is over. You can create your own rules, but for ideas sake, if Player 1 gets an erection he must give oral sex to Player 2 (or all other players involved) until Player 2 orgasms. However, if Player 2 refuses to lick under Player 1’s arms, Player 2 must give oral sex to Player 1 until he cums. Now why would Player 2 refuse a request? Who knows, maybe it’s something she/he has never thought of doing, doesn’t want to do because it crosses a personal boundary, or Player 2 is just horny and wants to suck Semen Says dick. Obviously this game needs at least one man. This game is also a great ice breaker for fmf (female/male/female) threesomes, which as our readers know, is something we enjoy ourselves. Having the man challenge the ladies to do different kinky things to him until he inevitably gets an erection gets everyone to relax. When he loses, he gets to spend the rest of the night pleasuring them for winning the game. It’s a win win. With an even larger group (mmff++), Semen Says gets more foreplay attention from various partners….until of course he losses.

So why would anyone want to be Semen Says when the goal is for him to lose? Well, the easiest answer first; you get to give oral sex and get your partner off. The other reasons are a bit more complicated.  It’s also great way to ask for something you may never ask for otherwise. Whether it be having your feet licked, ass licked, or whatever other kinks you have kept to yourself. Believe it or not, some couples do not have, or have never had oral sex, so a game like this could be a great way to break the ice and try new things.

So don’t disregard the game if you are just a couple playing together (no need to have threesomes or multiple partners to enjoy this game).  Especially if you are a new couple, young couple, or just two people that have a hard time communicating.  This game gives permission to Semen Says to ask for the things he would never ask for otherwise.

We actually have a few more games we will share at a future date.  Stay tuned.

For now, Semen says sign off the internet and enjoy the rest of your week!