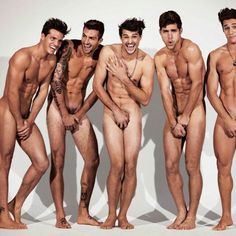 The term muffing has a few widely accepted meanings: one is oral sex on a female. Although I have never heard this slang word for oral sex, it’s easy to assume that because some people refer to a hairy vagina as a muff, to say you were muffing a woman seems to make sense I guess.  The other usage of the term is not so obvious. Originally coined by Mira Bellwether (author of Fucking Trans Women), the term muffing refers to the penetration of the inguinal canals on a male-bodied person. So what are these inguinal canals and why would anyone want to penetrate them?

Where are those canals?
The inguinal canals are located in the groin area, try moving your (or your partner’s) testicle to the side and rubbing around the area behind the scrotum. You’ll find a soft but tight hole on each side. That’s the inguinal canals, or rather, the openings called the subcutaneous inguinal rings! Testicles hide in these canals before puberty and drop out fully into the scrotum during early puberty, often referred to as when your “balls drop”. If a man is familiar with his body, or you are familiar with your man’s body, you may notice that prior to an orgasm you can watch his testicles disappear up into his body. Some men may not have disappearing testicles, but through watching porn, I think it’s safe to say that  a majority of men have their ball sac tighten up during an orgasm. This tightening sensation helps squeeze the testicles, and also puts more pressure on the prostate area by compacting the genitals in order to help with semen release and intensify the an orgasm. For some men, not only will the ball sac tighten, the testicles themselves will go up into their body.  The testicles also retract back into the body when we are cold, this is to protect them and keep them warm.  Most transwomen and cross-dressing men will be familiar with where these canals are, since they play a role in proper “tucking” (hiding the male genitals so a bulge can’t be seen).  Personally, my balls retract as I am about to orgasm, when I am cold (or cold water), and when I have to use the bathroom (bowel movements) really bad.  That may be a bit too much information, but my balls can retract back into my inguinal canals for another of those reasons mentioned.